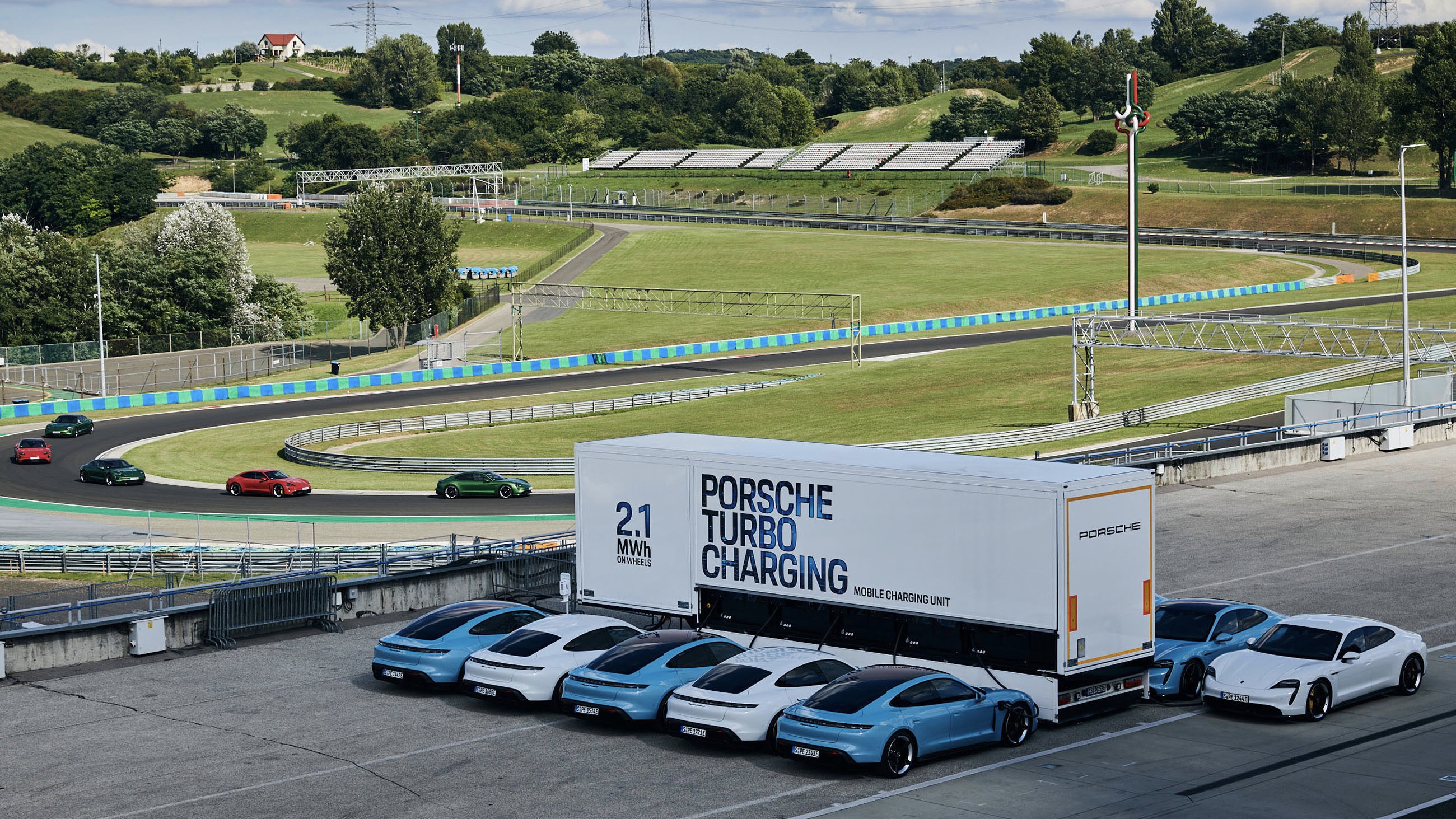 Porsche have just launched their mobile charging trailer system that features a 2.1 MWh Megapack-like battery that will allow 10 electric cars to all charge at the same time. This makes it ideal for remote locations, driver days and events, where chargers for electric cars might be scarce or in short supply.

The German car manufacturer launched the new trailer charger at the Hungaroring in Budapest at a special Porsche track experience that took place a couple of days ago. The event gave drivers the chance to drive the new all electric Taycan sports car.

With so many of the speedy Taycan electric sports cars being used simultaneously at the event the charger was able to show off its 3.2 MW power rating as it recharged 10 Taycan electric cars quickly and efficiently. Porsche has now produced seven of the mobile charging trucks with a proprietary charging system and buffer storage unit.

Ragnar Schulte, Director Experiential Marketing at Porsche, said: “We have now used the trucks at numerous events all over Europe and have carried out around 5,000 charging operations – sometimes at extreme temperatures down to minus 40 degrees. Their performance has therefore been tried and tested.”