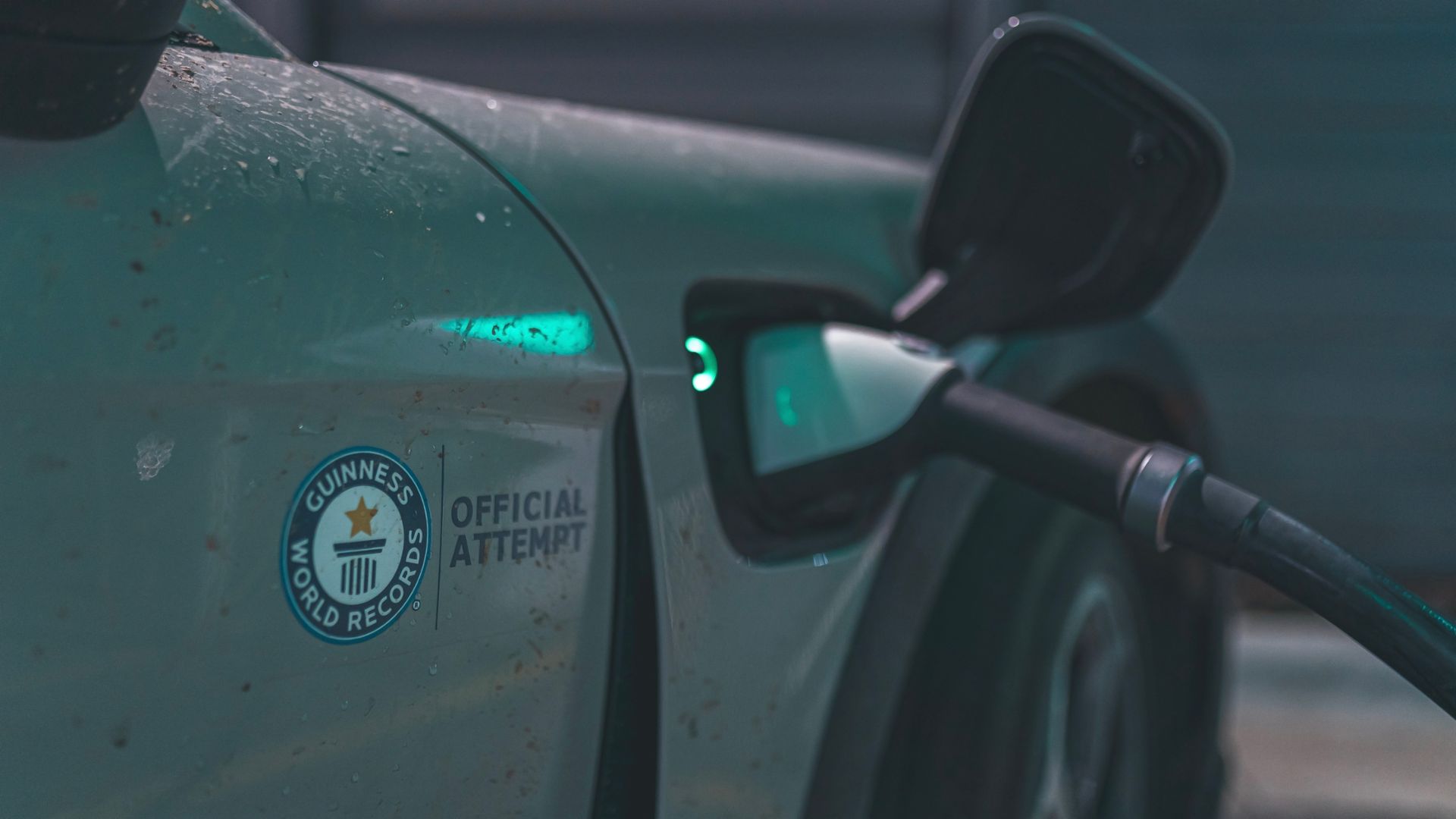 A film maker and his crew have set a Guinness World Record for the greatest altitude change ever achieved by an electric car. J.F. Musial and his team, who are usually behind the camera creating automotive films and TV shows, combined their love of cars and adventure for this feat.

Motivated by curiosity, the team drove a Porsche Taycan Cross Turismo electric vehicle (EV) on a record-breaking journey from deep underground to the top of a mountain.

In a little over a day, they navigated from the lowest point they could access in America by car, to one of the highest, a vertical distance of three miles, travelling over 1,400 miles (2253km) between the two, pausing only for both humans and the car to momentarily re-charge.

The team’s achievement has been officially recognised by Guinness World Records for setting the new benchmark for the greatest altitude change ever achieved by an electric car.

The lowest point in America is Badwater Basin in Death Valley, at 86 metres (282 feet) below sea level. To go any deeper, you would have to go underground, so the team did exactly that thanks to the generous support of the enthusiast staff and operators at Eagle Mine in Michigan.

With the Taycan Cross Turismo being a pure battery electric vehicle (BEV) as well as being capable off-road with raised ride height and all-wheel drive, it met Eagle Mine’s criteria for being allowed to drive through the portal and into the tunnel itself.

This makes it one of few cars in the world with the right mix of capabilities to be able to attempt the trip without any modification and using completely standard road tyres. After safety training, the team were granted access to the very lowest part of the excavation at a depth of 540.8 metres (1,774.4 feet) below sea level.

Darby Stacey, Eagle Mine managing director, said: “It was fitting to have the Porsche Taycan drive to the bottom of our nickel and copper mine, as both elements are essential to electric vehicles.

“After numerous risk assessments, safety discussions, and detailed planning, our mine team was up to the challenge. We are proud to have worked with Porsche to safely execute and complete a new world record.”

With their precise depth measured and verified by specialist surveyors, the team emerged from the mine just after dawn and began their journey to gain altitude. Their final destination would be the summit of Pikes Peak in Colorado which sits at 4,302 metres (14,115 feet) above sea level. This is also home to the world famous Pikes Peak International Hillclimb, which will run for the 100th time this year.

The journey took the team across six states and would climb 4,842.967 metres, or just over three miles, without ever leaving the ground. In total, three groups of drivers working in tandem took on the driving duties.

They conducted the whole attempt by the book with separate sealed GPS devices monitoring their route and altitude throughout, along with an analogue altimeter and witness logs to satisfy the strict Guinness World Records requirements.

J.F. Musial, film maker, said: “It was among the hardest things I’ve ever done, but I guess that’s why it’s a record. Thank you to the teams at Eagle Mine, Pikes Peak and Guinness World Records for supporting what started out as a daydream and ended up being something none of us will ever forget. Now, I need to sleep for a week.”