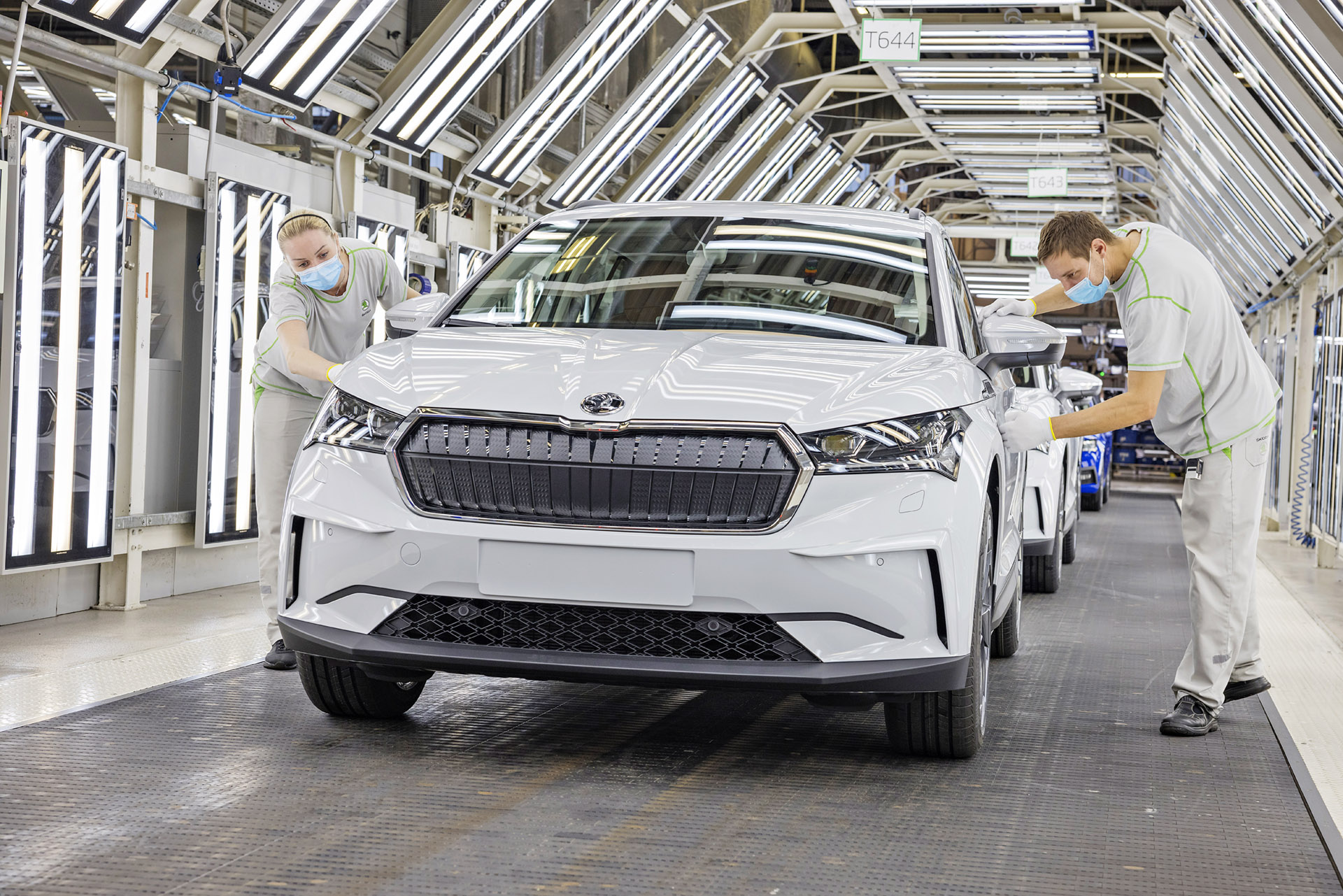 In the future the Czech car manufacturer will produce up to 350 units of its new SUV daily. This will happen alongside the Octavia and the Karoq series on the group’s only production line for vehicles based on both the Modularer Querbaukasten (MQB), or modular transversal toolkit as it’s known, and the MEB platforms.

At its headquarters in Mladá Boleslav Skoda has invested £28.5 million (€32 million/$38 million) in the conversion work required to enable both MEB and MQB models to be produced on the same line. The car manufacturer adapted the building’s statics and designed the technologies for transporting parts to accommodate the weight of the fully battery-electric vehicles and the installed components.

Skoda has also introduced safety measures in the building of battery handling, for example, by installing thermal imaging cameras. These monitor the temperature in the workshop around the clock and trigger an alarm if any deviation is detected.

The zero-emissions Enyaq iV will be available in two battery sizes and four performance variants in the UK. In the two most powerful variants, a second electric motor on the front axle works in combination with the rear motor. Depending on the battery size, the range of the Enyaq iV is up to 316 miles (509km).

Michael Oeljeklaus, Skoda Auto Board Member for Production and Logistics, said: “The Enyaq iV is Skoda’s first series-production model that was designed as an all-electric vehicle from the outset. This means our new SUV also places entirely different demands on manufacturing processes and production sequences than models with combustion engines.

“This is also reflected in the extensive preparation and conversion measures that we have been implementing at our main plant in Mladá Boleslav since last summer. Today’s start of production of the Skoda Enyaq iV, on the only production line in the Group for vehicles based on the MEB and MQB, is a very special moment for our entire team.”