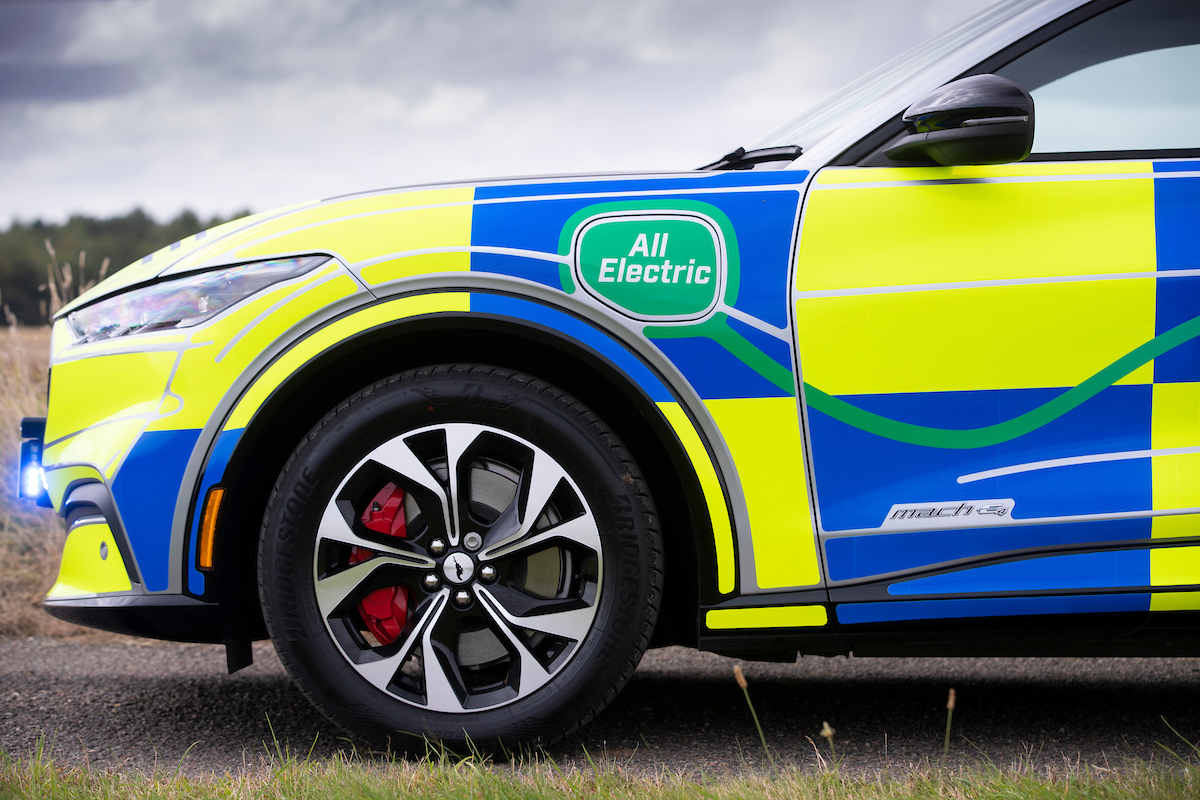 A concept test car has been created with the classic ‘blue light’ livery and was shown at the Emergency Services Show, at the NEC in Birmingham earlier this week.

The Metropolitan Police Force has already appraised the standard Mustang Mach-E and has now requested a full evaluation of the concept electric vehicle. Also waiting for an opportunity to try the new 999 vehicle are the Sussex, Surrey, South Wales, Dyfed Powys, Devon & Cornwall and Police Scotland forces.

The initial concept is a demonstrator Mustang Mach-E Standard Range AWD (all-wheel-drive). Subject to testing, Ford is planning to offer its Extended Range version of its RWD (rear-wheel drive) and AWD versions. The extended battery types would give the police even greater range, and therefore versatility and capability, for their operations.

Being a zero-emissions electric vehicle (EV) the new Mach-E offers instant torque and super-quick acceleration hitting 0-62mph (0-100kph) in just 3.7 seconds (GT version). Along with a top speed of 111mph (179kph), the Mach-E will be a useful weapon against crime while offering the forces one of the most economical and environmentally-friendly cars on their fleets.

The Mustang Mach-E is already a Guinness World Record holder having achieved the lowest energy consumption on a journey in an electric car. It’s capable of an impressive 379 miles (610kph) of  range between charges.

The issue of where the power to operate the concept car’s blue lights, sirens and other high-tech equipment would come from, has been addressed by Ford technicians.

Terry Adams, Ford’s Blue Light Direct sales manager, said: “The vehicle range is uncompromised as the blue light equipment is being drawn from the vehicle’s 12V battery and not the drive battery.

“In future developments, we will look to increase this battery capacity to allow for additional equipment to be fitted.”