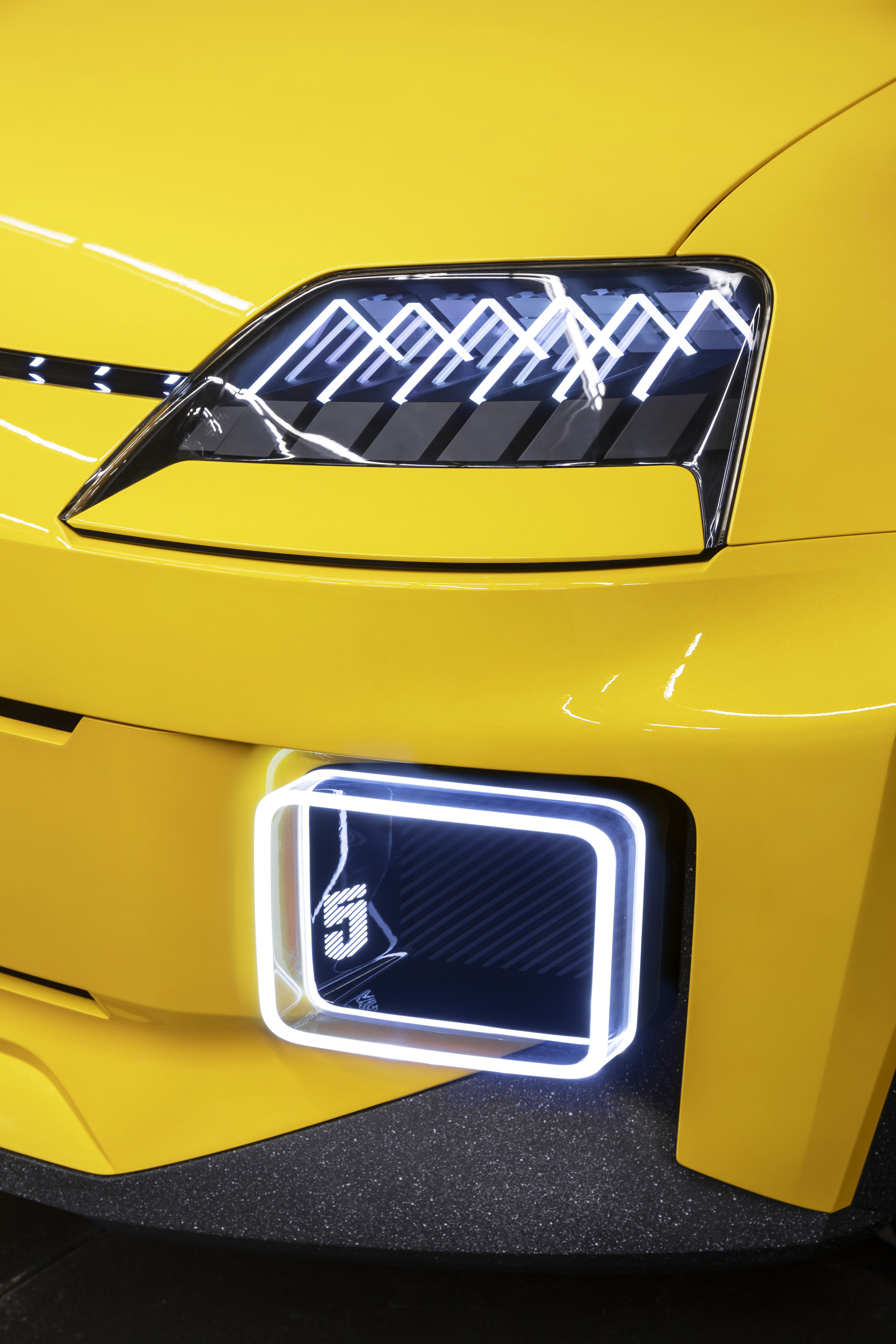 Renault, who unveiled their Renault 5 Prototype back in January, are releasing a series of videos by the exterior designer Nicolas Jardin. In the videos, he talks through how an icon can be reinterpreted and the Renault 5’s iconic shape and striking details like the original car’s recognisable winking headlights. Jardin talks about how he reinterpreted the famous look of the original in a modern way.

A key part of the original Renault 5’s cult status was its playful character and design. As early as 1972, the year it was launched, Renault personified its look in ‘Les aventures de Supercar’, the famous advertising cartoon, while also appearing on the roads during the ‘Take the wheel’ operation that was in place at the same time.

The Renault 5’s most recognisable feature was the set of eyes in the headlights as it drove around ‘meeting’ the French people. It’s a familiar look that Jardin aimed to reproduce on the Renault 5 Prototype, while making it more modern and bringing it into the present. He worked from Renault’s Technocentre which is the site where Groupe Renault concept cars and models are developed.

The work on the prototype was not a free subject. It was a work of reinterpretation of the Renault 5 and its projection into the future, to make it a modern object. Jardin reimagined and redesigned the original car’s recognisable headlights with a modern, technological twist.

Nicolas Jardin, the Renault 5 Prototype’s exterior designer, said: “Everything started from the lines, angles and radii of the elements of the front of the original R5. Then, during the sketches, the headlights completely changed in their proportions as well as their design.”

The rectangular daytime running lights are positioned lower down the front of the vehicle. These are reminiscent of the additional fog lights of the original Renault 5 which fit into the bumper in body colour.

Jardin added: “Their crystal and three-dimensional treatment and very precise cut evokes the qualities of sharp laser cutting, bringing in the worlds of aerodynamics and aeronautics.”

Modern processes have been utilised in the reinvention of the iconic Renault 5. One of these being the distinctive light units, the dynamic lighting signature uses LED matrix technology to bring the headlights to life. This is demonstrated by the Renault 5 Prototype’s welcome sequence where the new logo illuminates and initiates an animation that extends into the front grille, moving outwards to the main lights that then come to life, as if the car is blinking.

Like many other cult classic cars that are being reproduced with a contemporary twist, we love the fact that the modern interpretation usually involves a zero-emission electric powertrain. Here the Renault 5 Prototype allows a new generation to enjoy great design with a nod to past, yet it comes delivered in a clean and up-to-date way that looks to the future.