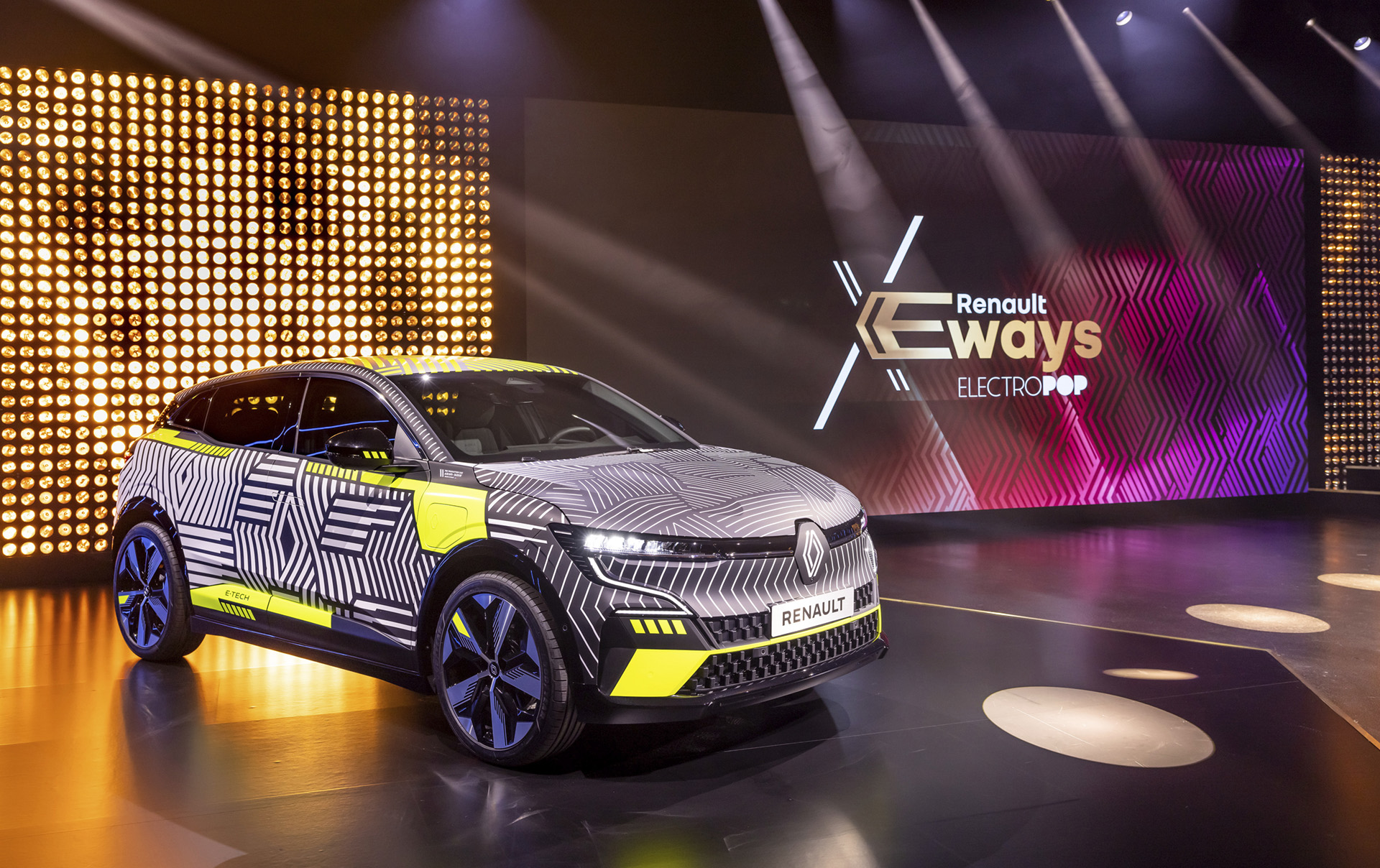 Renault Group has announced the latest development in its ambition to deliver a broader range of pure electric vehicles (EVs). It will offer potential customers a wider choice to fit all needs and tastes. The Group will use its dedicated electric platforms to launch 10 new battery-electric vehicles by 2025, seven of them for the Renault brand.

The iconic Renault 5, with a modern electric twist, will be made in Northern France, from the battery to e-powertrain to assembly, on the brand’s new CMF-BEV platform at Renault ElectriCity. The Group will launch the All-New MéganE in 2022, while the Alpine ‘dream garage’ unveiled in January will become a reality, starting in 2024.

Renault aims to offer the greenest mix of cars in the European market in 2025, with more than 65 percent of vehicles being electrified. By 2030, it’s aiming 90 percent of its range being battery electric vehicles (BEVs).

For the B-segment, its CMF-BEV platform will allow Renault to make affordable electric cars for everyone. This new platform will reduce the cost by 33 percent compared to the current generation Zoe.

This has been achieved with the interchangeability of the battery module, a right-sized powertrain of 100kW at a lower cost. The CMF-BEV platform will be affordable with impressive performance offering up to 249 miles (400km) of range.

Renault has also developed its own e-motor with no rare-earth (no-permanent magnets) and based on electrically excited synchronous motor (EESM) technology, along with its own reducer. The Group hopes this will keep them one step ahead of the competition.

The Group is also working on a more compact, all-in-one e-powertrain. This integrates the e-motor, the reducer and the power electronics in a single package. This enables 45 percent less volume in total, a 30 percent reduction in cost of the overall powertrain and a 45 percent reduction of wasted energy allowing an extra range of up to 12 miles (20km).

Renault’s battery strategy sees the Group partnering with Envision AESC which will develop a gigafactory in Douai. This will offer a capacity of 9GWh in 2024 aiming to reach 24GWh by 2030. It will produce cost-competitive, low-carbon and safe batteries using the latest technology for electric models, including the future Renault 5.

Renault has also signed a Memorandum of Understanding to become a shareholder of the French start-up Verkor, with a stake of more than 20 percent. The intention is to develop a high-performance battery suitable for Renault’s C-segment, including the Alpine models.

The partnership includes the development of a pilot production line for prototype battery cells and modules produced in France from 2022. In 2026, Verkor aims to build the first gigafactory for high-performance batteries in France. It will have an initial capacity of 10GWh, potentially rising to 20GWh by 2030.

Back in June, the Group announced the creation of Renault ElectriCity, which combines Renault Douai, Maubeuge and Ruitz plants, as well as a strong ecosystem of supplier facilities. As soon as 2024, it will be supplied with cost-competitive batteries by the Envision-AES gigafactory in Douai.

It is ideally placed in the heart of the European battery electric vehicle demand as France, the United Kingdom, Germany, Italy and Spain will represent around two-thirds of the total in 2025.

This transition to electric powertrains will see the creation of 700 new jobs by the end of 2024. Together with Envision-AESC and Verkor, Renault Group will create 4,500 direct jobs in France by 2030.

Luca de Meo, Renault Group CEO, said: “Today is a historic acceleration of Renault Group’s EV strategy, made in Europe. By building our compact, efficient, high-tech electric ecosystem Renault ElectriCity in Northern France together with our e-powertrain MegaFactory in Normandy, we create the conditions of our competitiveness, at home.

"We’ll train, invest and partner up with established and emerging best-in-class players in their fields. Ten new electric models will be conceived and up to one million electric vehicles will be manufactured by 2030, from cost-efficient urban vehicles to sportier, higher-end ones.