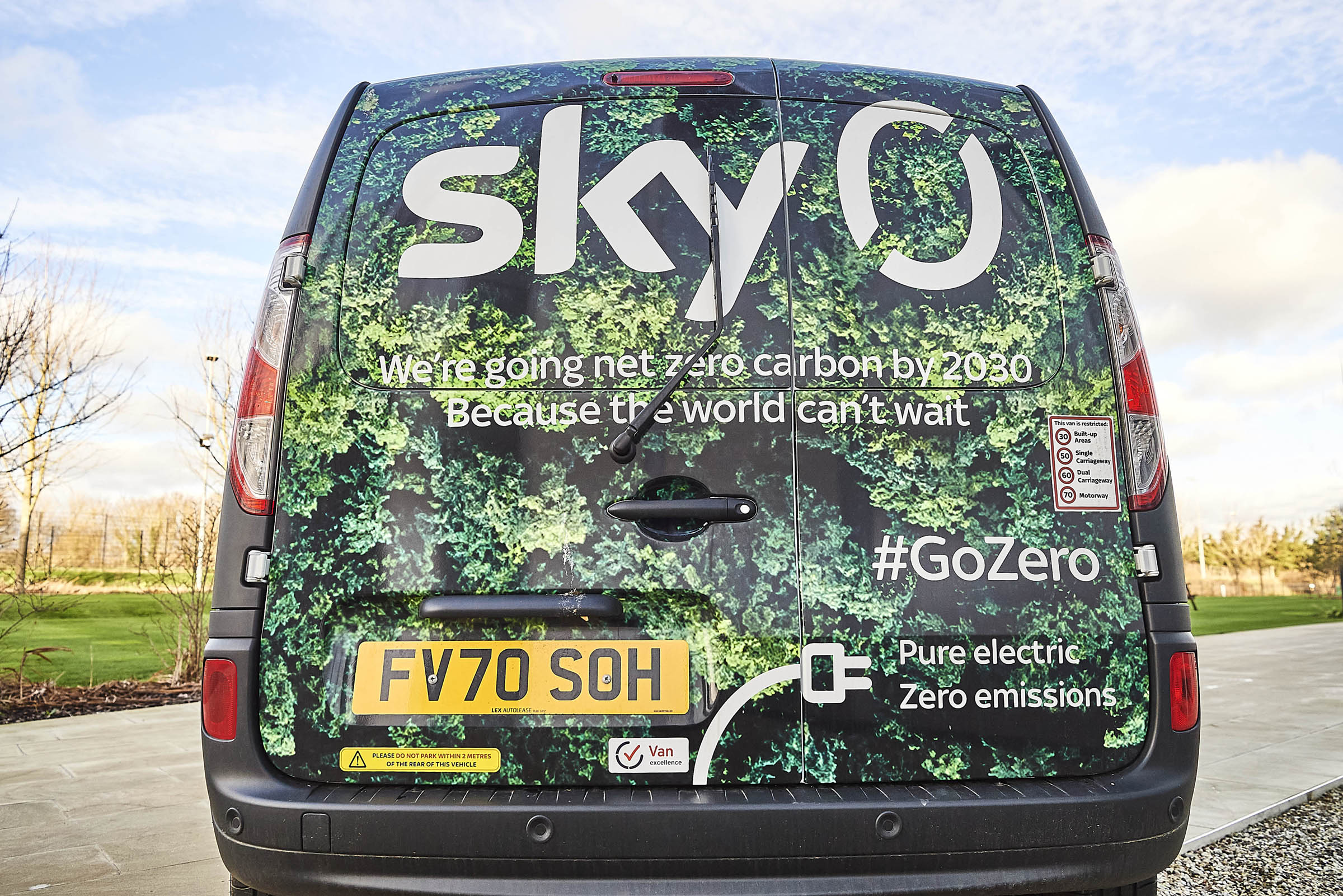 Sky, who are Europe’s leading direct to consumer media and entertainment company, are driving forward its ambition to be net-zero carbon by 2030. It has introduced 11 Renault Kangoo Z.E. all-electric vans to its commercial fleet as part of its Sky Zero ambition to have net-zero emissions by the end of the decade.

Around 34 percent of the company’s carbon emissions originate in its supply chain and the new Kangoo Z.E.s will provide invaluable insight on how pure-electric commercials can be rolled out to areas of its fleet to significantly lower this. Sky are hoping that converting to electric commercial vans will provide a sizeable contribution to achieving its Sky Zero aspirations.

The new Kangoo Z.E. vans will be used primarily West London-based, working out of Sky’s Isleworth UK headquarters to support its local sites. They will also be used for additional journeys further afield to the company’s Chilworth Technology Centre within the University of Southampton Science Park.

Several of the zero-emissions vans will also be deployed at Sky’s Scotland sites in Livingston, Dunfermline and Uddingston. All of them will be used by Sky’s facilities teams for an array of duties spanning cleaning to decorating and catering to mail distribution.

Sky chose the award-winning Kangoo Z.E based on its range of up to 143 miles (230km), size and positive driver feedback from earlier trials. They replace diesel vans and will help Sky understand the impact and possibilities of making the transition to all-electric power for its UK fleet of over 4,000 diesel vans.

In-line with its goal of switching to electric vehicles, Sky is progressing the installation of increased charging points throughout its locations, with its Osterley facility now boasting 95 chargers. Its Kangoo Z.E.s will all be charged using renewable energy sources at on-site charging points.

The vans’ zero tailpipe emissions, automatic transmission and instant torque ensure that they are perfectly suited to London’s low emissions zones and heavy congestion. A special livery highlights the vans’ all-electric powertrain and Sky’s commitment to the environment.

The introduction of the Renault vans is the latest development in Sky’s ongoing strategy to be at the forefront of large companies who are proactively lowering their impact on the environment. They were recently announced as a principal partner and media partner for the COP26 Climate Change Summit set to take place in Glasgow this November and this week have signed up to the EV100 initiative, a commitment to switch its over 5,000 vehicles to a zero-emissions fleet by 2030.

Oliver Wanklyn, senior fleet operations manager, supply chain operations at Sky, said: “These Renault Kangoo Z.E. vans take us another step closer towards our commitment to being net-zero carbon by 2030. We’re very excited to introduce them and see them out on the road. With the unique livery that details their 100 percent electric power, they’ll be highly visible to the public, helping us to drive awareness of Sky Zero and importantly, inspiring others to #GoZero with Sky.”

“Renault has over a decade’s experience of 100 percent electric commercial vehicles and we are delighted that our pioneering approach has influenced a company as forward-thinking as Sky to not only choose our vehicles, but utilise them for such an important role in determining the future direction of its fleet.”