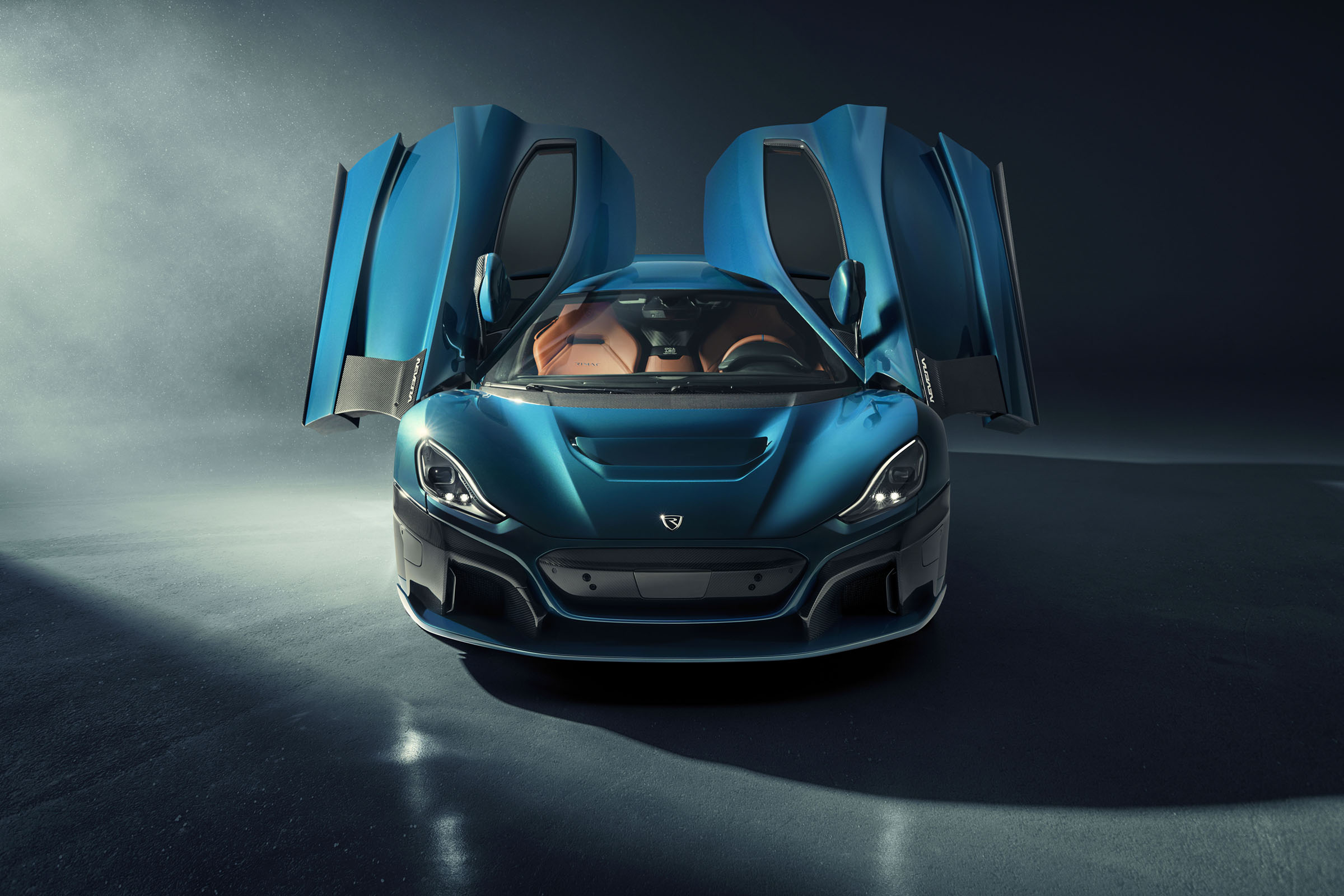 Since the prototype C_Two was first shown at the International Geneva Motor Show in 2018, Rimac’s engineers have been refining their new flagship car to deliver the ultimate electric hypercar driving experience.

The €2 million Nevera, which was designed, engineered and built in Croatia, has a massive 1914 horsepower that delivers a top speed of 258mph (415kph). Production is limited to just 150 units.

Rimac, who received some investment from Porsche, have used lightweight materials and carbon fibre to help keep weight down for added efficiency and worked hard to make it as aerodynamic as possible. It is also designed with an incredibly strong structure with a torsional stiffness of 70.000 Nm/degree for added safety.

The unique H-shaped, liquid-cooled, 120kWh, 6960-cell battery was designed from scratch by Rimac and sits at the heart of the Nevera. Capable of producing 1.4MW of power, the lithium/manganese/nickel battery also forms an integral part of the car's core, adding 37 percent structural stiffness to the carbon fibre monocoque.

The battery’s optimum low and central position within the car's floor contributes to an ultra-low centre of gravity. This helps create a 48/52 front/rear weight distribution and the best possible handling.

Four bespoke surface-mounted permanent magnet motors drive the Nevera’s four wheels individually. Together, they enable 1914 horsepower and 2360Nm of torque, which is triple the output of a conventionally engined supercar. The front and rear wheels are each connected to a pair of single-speed gearboxes.

Mate Rimac, Rimac Automobili founder and CEO, said: “This is the car I had in mind when I embarked on the ‘impossible’ journey ten years ago. All our hard work has resulted in the Nevera, our record-breaking hypercar.

“This car was born to outperform, and to raise the bar, redefining the norm for performance cars. And not only in performance but as an all-around package.”