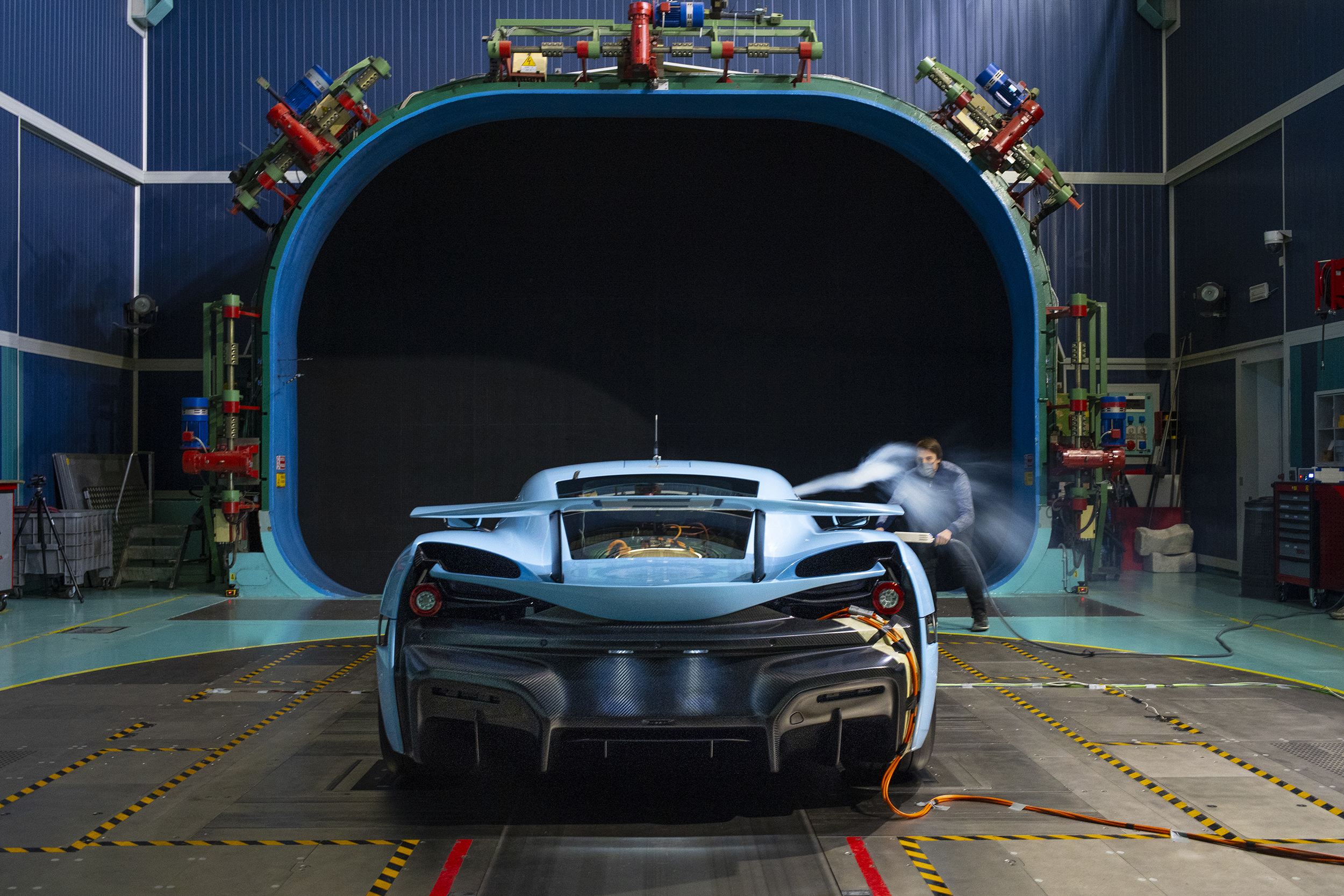 The electric car developer, which was founded in 2009, has spent the last two years exposing three different generations of the C_Two prototypes to a series of wind tunnel tests. The objective was to ensure that the brand’s flagship aerodynamics perform at the optimum level in terms of performance, range and efficiency when it comes to handling the impact of the wind.

Rimac’s engineering team ran thousands of computational fluid dynamics simulations for the C_Two. Each simulation model consists of over 120 million elements with up to 180 million for the detailed heat transfer models. With real-time testing it’s critical to validate expected results. The real-time tests were conducted in a controlled wind tunnel testing environment and on track.

During the tests Rimac’s engineers were looking to assess the car against three fundamental aspects including car efficiency, cooling performance and active aerodynamic systems. All of which are even more important for electric cars than a traditional internal combustion-engined one.

For example, on long-distance trips, the demands for cooling will naturally be lower than when C_Two is being driven on the track. At the same time, ensuring optimum range from its batteries and the car’s overall ability to fully harness its immense power and torque is also key.

The car’s aerodynamics play a key role in this regard. The C_Two has been carefully designed and engineered with this element firmly in mind. The C_Two has four specific active aerodynamic parts. Everything from the active front splitter and intelligent underbody air flaps to the adaptable air brake wing proves the C_Two is shaped by performance.

The tests went well in terms of correlation with Rimac’s simulations. From the initial C_Two concept to the validation prototype, as a result of continuous optimisation, Rimac found aerodynamic efficiency has been improved by 34 percent.