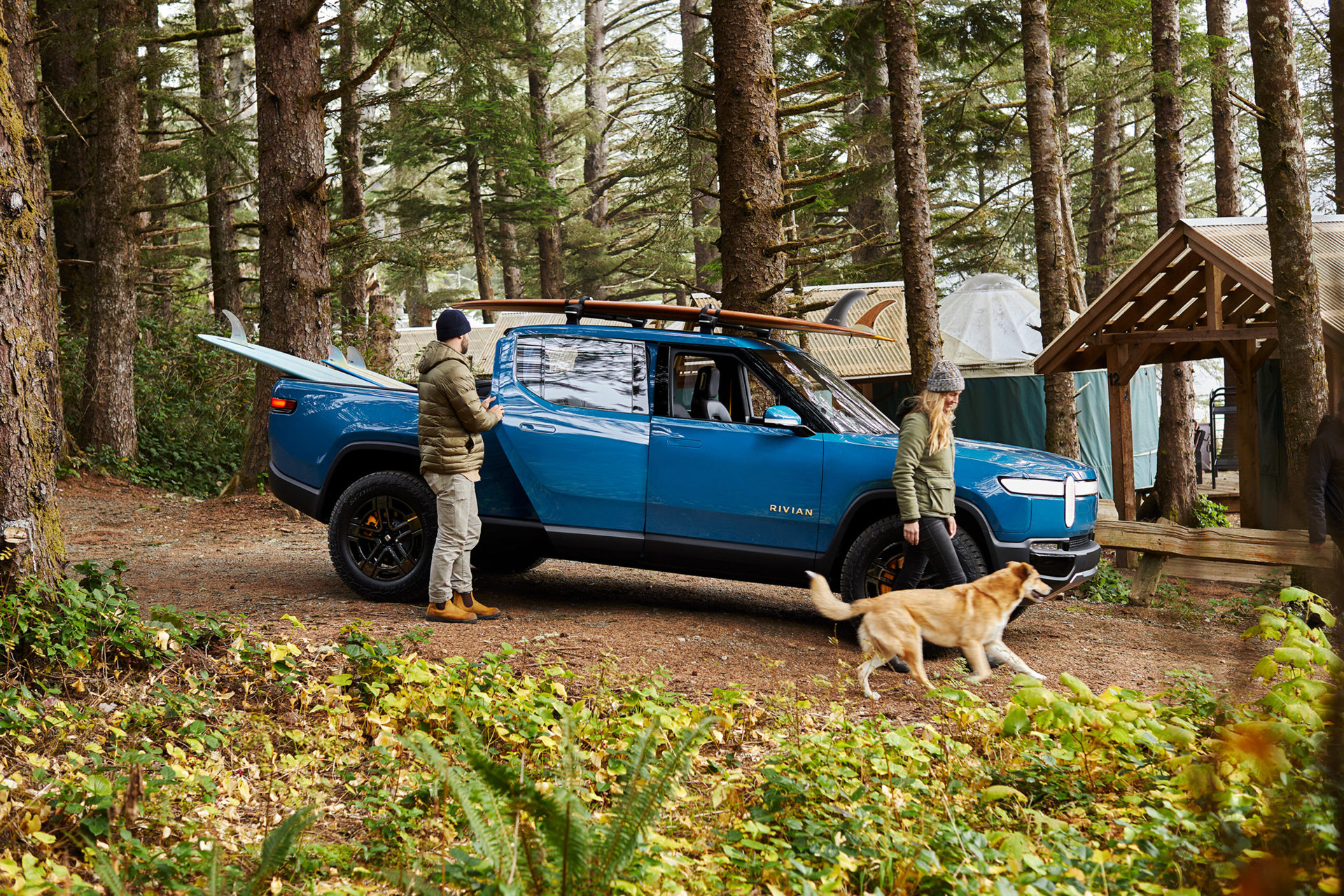 US electric car manufacturer, Rivian, are now taking pre-orders and have released prices of its new R1T electric pick-up, with the price for the R1S sports utility vehicle coming next year. Back in 2019 Rivian announced that prices would start from $69,000 before any incentives. Rivian have now revealed that the R1T will be cheaper costing $67,500. This is for the base version, called the Explore, with the Launch Edition costing $75,000.

Rivian, who are producing its new emission-free electric adventure vehicle at its US factory in Normal, Illinois, will offer three versions of the R1T. Joining the Explore and Launch Edition will be the Adventure package that will cost $75,000. Rivian, originally announced they would offer three different battery versions, but will initially offer the three models with a 135 kWh battery that delivers a range of 300 miles (483km).

The Launch Edition will be a special release signed with special interior badging with an exclusive Launch Green colour option. It will be equipped 135 kWh battery delivering a 300 mile (483km) range and customers will be able to select upgraded wheels and tyres at no extra cost.

Rivian expects to deliver the R1T Launch Edition pick-up in June 2021, with the R1S Launch Edition SUV coming in August. Delivery for Canadian customers will be a little later in November. The Adventure and Explore packages of both the R1T and the R1S are expected in January 2022.

Rivian are aiming to be the first to bring an electric pick-up to market. The brand have attracted a great deal of interest and have a wide of range investors for their electric pick-up and electric SUV, including Amazon, BlackRock, Cox Automotive, Ford and T. Rowe Price and Associates.

Rivian faces stiff competition from Tesla with their Cybertruck, which is cheaper starting at $40,000, and expected to be released at the end 2021, and General Motors, who recently released details of their electric Hummer, are currently taking orders with deliveries expected by the end of this year. Ford are also in the game and will release its electric F-150 pick-up in 2022.