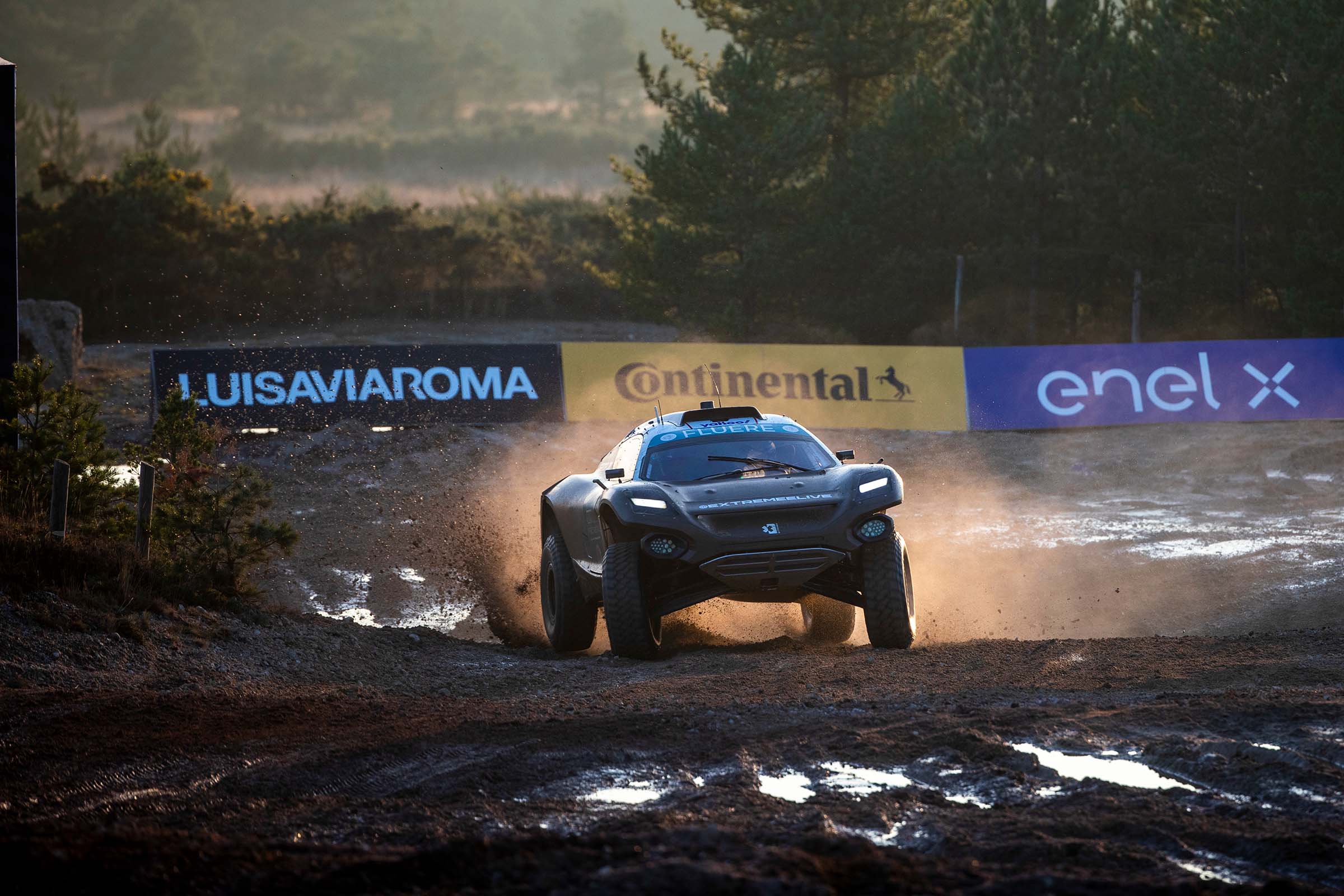 The final race of the inaugural Extreme E season concluded with Rosberg X Racing (RXR) being crowned the champions. The team claimed overall victory in the off-road electric car race series after finishing fourth in the season-ending Jurassic X Prix in Dorset, UK.

Extreme E, which is a gender-equal zero-emissions race series, was created to highlight the devastating effects of the climate crisis and demonstrate positive steps that can be taken to protect the planet. For example in Saudi Arabia, the series joined forces with the Ba’a Foundation to support turtle conservation along the Red Sea coastline.

The final round of the five-race series, which encourages the transition to driving electric cars, saw some top action in challenging conditions. Despite finishing level on 155 points with Jurassic X Prix winners X44, RXR’s Johan Kristoffersson and Molly Taylor took the championship thanks to more X Prix victories throughout the season, with three wins from five events.

Sébastien Loeb and Cristina Gutiérrez finally took their first Extreme E win at the final event of the year but it was not enough for X44 to wrestle the Championship lead from RXR. Jenson Button’s JBXE and Andretti United Extreme E completed the podium places in the final by finishing second and third respectively.

Johan Kristoffersson, Team RXR driver, said: “Molly [Taylor] drove excellently today, managing the challenging conditions and I knew that all that remained for me was to not make any mistakes and bring the car home safely. We’re delighted to be champions and look forward to celebrating with the team.”

Molly Taylor, Team RXR driver, said: “It feels amazing to be the first-ever championship winners of Extreme E. This season has been brutal, racing in some of the most remote parts of the world in truly extreme conditions but we’ve worked together as a team and we’re delighted with this result.

“The nerves were definitely there today but Johan [Kristoffersson] and I kept our eyes on the final prize, and the whole team effort across many months has brought us to this point today.”

Nico Rosberg, RXR founder and CEO, said: “We are so delighted to be crowned the inaugural Extreme E Champions and I am really proud of the entire RXR team. The team has worked so hard all season and performed consistently, racing in some of the world’s most remote locations.

“A massive congratulations to our drivers, Molly Taylor and Johan Kristoffersson, who have been excellent all season. We came into Extreme E to raise awareness of climate change, and promote sustainability, but also as a racing team, we want to win and so we will remember this feeling forever.”

Alejandro Agag, Founder and CEO of Extreme E, said: “We are really happy with the first Extreme E season. It has not been easy in the middle of a pandemic, but we have delivered five X Prix events, and the Finale in Dorset produced some spectacular racing. Since our first event in Saudi Arabia, we have had a lot of eventful and incredible moments ending in a brilliant title decider today.

“I must say congratulations to RXR – they did a great job in winning the first ever Extreme E Championship. I must also say well done to X44 who were the victors at the Jurassic X Prix today and really deserved the win after being the fastest qualifiers at every X Prix this season. We are now looking forward to what we hope will be a fantastic Season 2.”