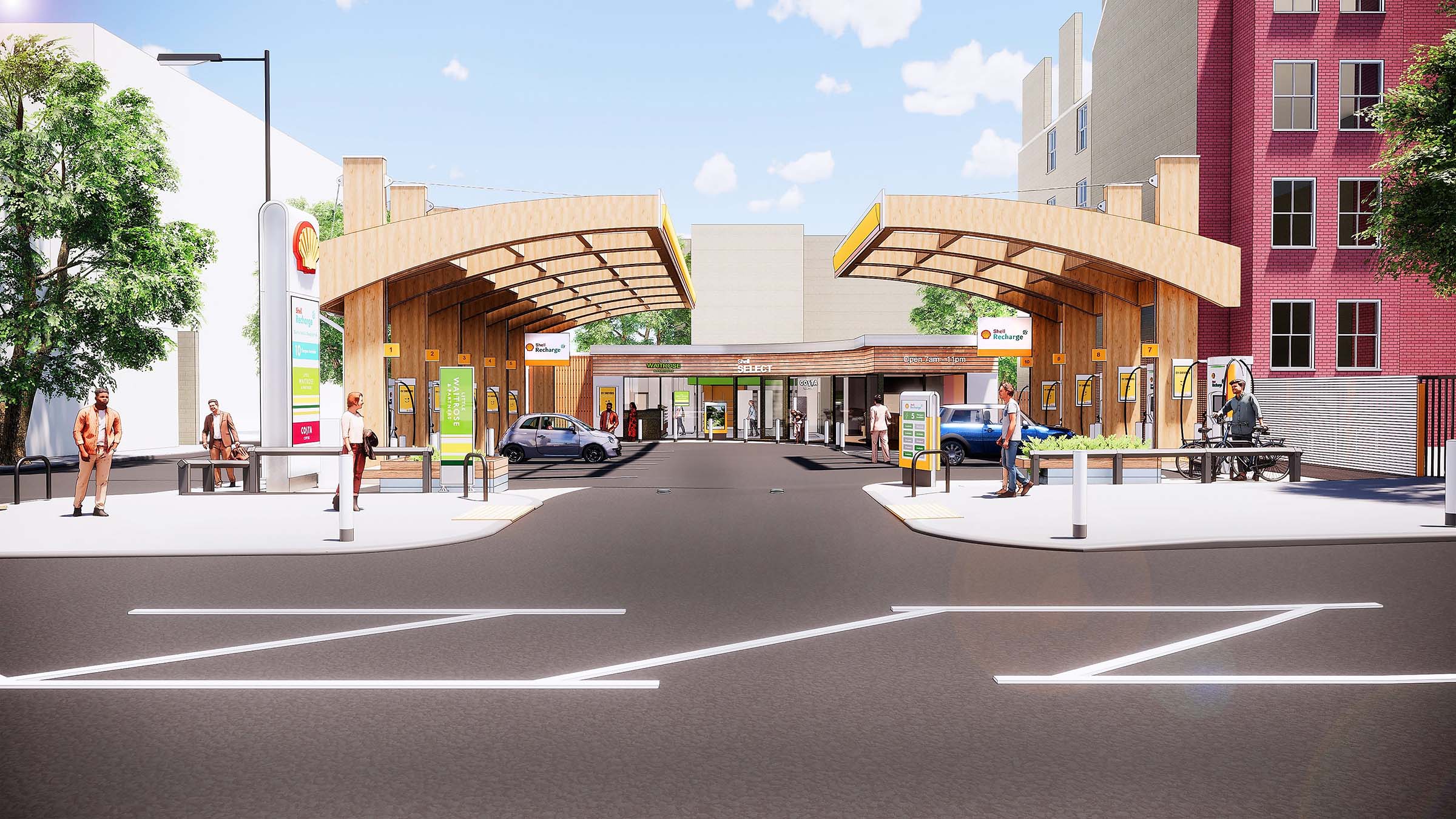 In the UK Shell are in the process of finishing their first electric vehicle (EV) charging hub. They are currently converting one of their conventional service stations ready for the new all-electric hub in Fulham, London.

Shell understands that to help encourage the transition to driving electric cars there needs to be the infrastructure to support it. That’s why they have been steadily growing their network of electric vehicle charging points since 2017.

In the UK, Shell currently provides customers with access to a public charging network of nearly 8,000 EV charging points. This include including our rapid and ultra-rapid Shell Recharge points on Shell forecourts.

Alongside these charge points, the Fulham hub will feature a Costa Coffee and a Little Waitrose & Partners shop for customers to use while their cars charge.

The sustainable design will feature solar panels built into the roof that will generate renewable electricity for the site and the chargers will all run on 100 percent certified renewable electricity as well. The hub’s canopy will be constructed from sheets of timber glued together which use far less energy to produce and transport than steel.

Shell are going into electric vehicle charging in a big way and plan to operate 500,000 charge points by 2025 and 2.5 million by 2030. Tritium will also be partnering with Shell to provide their rapid chargers as they continue to expand their electric charging network.

Shell’s new electric-only service station was designed by Will Gains, an Architectural Designer at Bowman Riley. In the video below he outlines the ideas behind it.

The new hub is expected to open later this year or in early 2022.