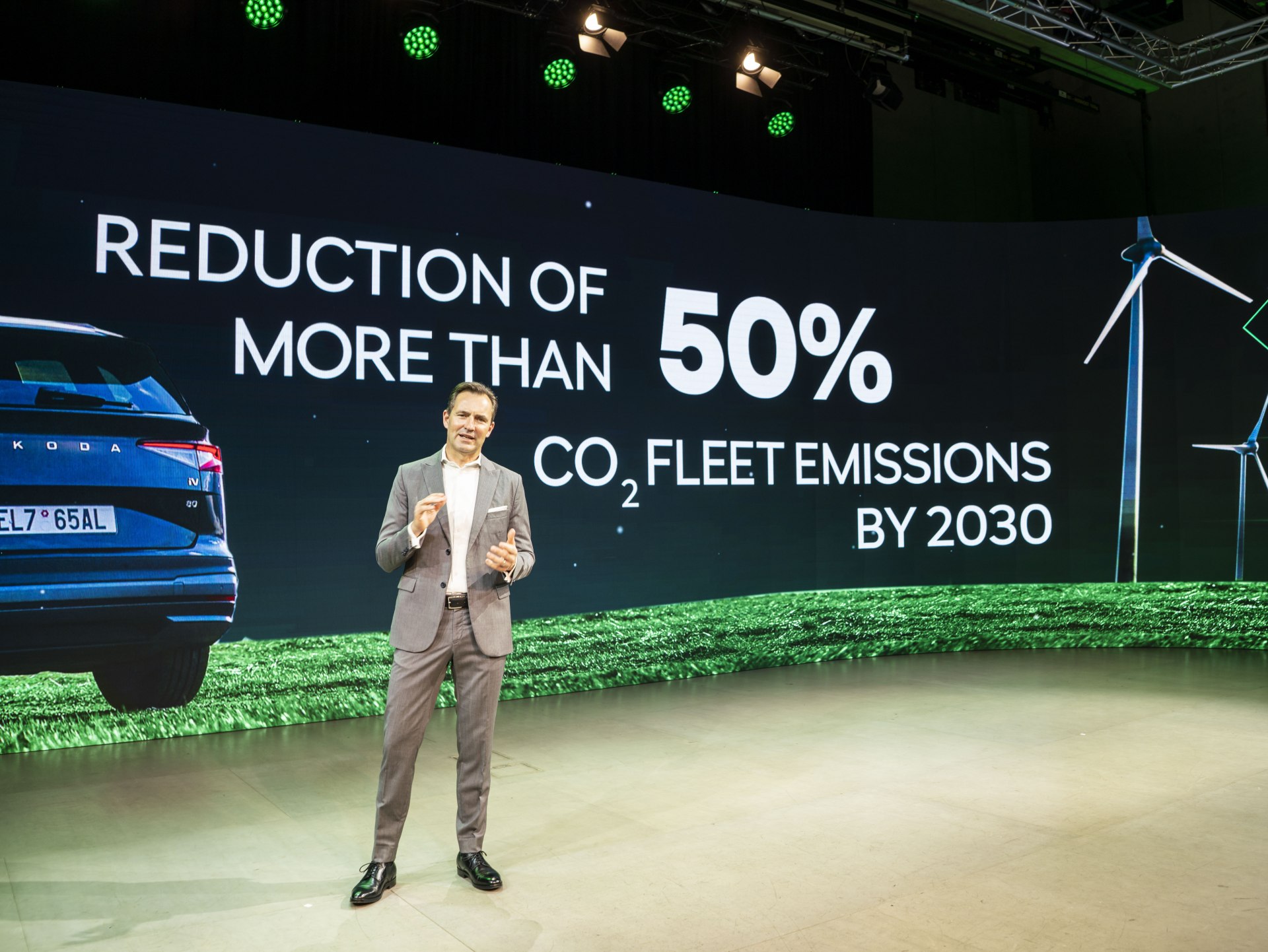 ŠKODA recently announced its new ‘NEXT LEVEL – ŠKODA STRATEGY 2030’ that will steer the brand through the next decade. It focuses on ambitious goals in the areas of internationalisation, electrification and digitalisation.

The Czech car manufacturer is aiming to become one of the five best-selling brands in Europe by 2030. The company also plans to become the leading European brand in the growth regions of India, Russia and North Africa.

In collaboration with political and business partners, as well as the Volkswagen Group, ŠKODA is also striving to develop its domestic market in the Czech Republic. It plans to create an electromobility hub to safeguard jobs and create new employment opportunities.

They plan to produce electric components and vehicles at all three of ŠKODA’s Czech plants in Mladá Boleslav, Kvasiny and Vrchlabí by 2030. At the beginning of next year, the production of MEB battery systems will be launched in Mladá Boleslav for the Enyaq iV. In addition, the Czech carmaker is working with partners to establish a stable supplier structure for e-mobility.

Specific goals for sustainability and diversity are also firmly anchored in the new strategy. In implementing it, the focus will be on the two core principles of efficiency and simplicity.

Thomas Schäfer, ŠKODA Auto CEO, said: “ŠKODA is entering this exciting future from a position of strength, and I am looking forward to working with our team of over 43,000 Škodians worldwide and our social partner KOVO to take our company to the next level in the years ahead.”

ŠKODA plans to further strengthen its position in the entry-level segments and expand its electric car range. Building on from the all-electric Enyaq iV, they plan to have at least three more all-electric models by 2030 which will be smaller and cheaper models. Hopefully, more affordable electric cars will help people make the move to zero-emissions motoring sooner.

ŠKODA is intensifying its sustainability efforts and tightening its environmental targets. The company aims to reduce its fleet emissions by more than 50 percent compared to 2020 and will be manufacturing vehicles with net-zero carbon emissions at all Czech and Indian plants from 2030 onwards. Production in Vrchlabí has been CO2-neutral since the end of last year.

ŠKODA will also place even greater emphasis on the topic of diversity. By 2030, one in every four management positions will be held by a woman. Diversity, inclusion and equality are integral components of a corporate culture characterised by openness and tolerance.

The Czech car manufacturer is also promoting the training and further education of its employees. It will be investing almost €500 million (£429 million/$597 million) between 2022 and 2030, with the primary goal of safeguarding jobs for the future.

You can watch the whole ‘NEXT LEVEL – ŠKODA STRATEGY 2030’ presentation below: