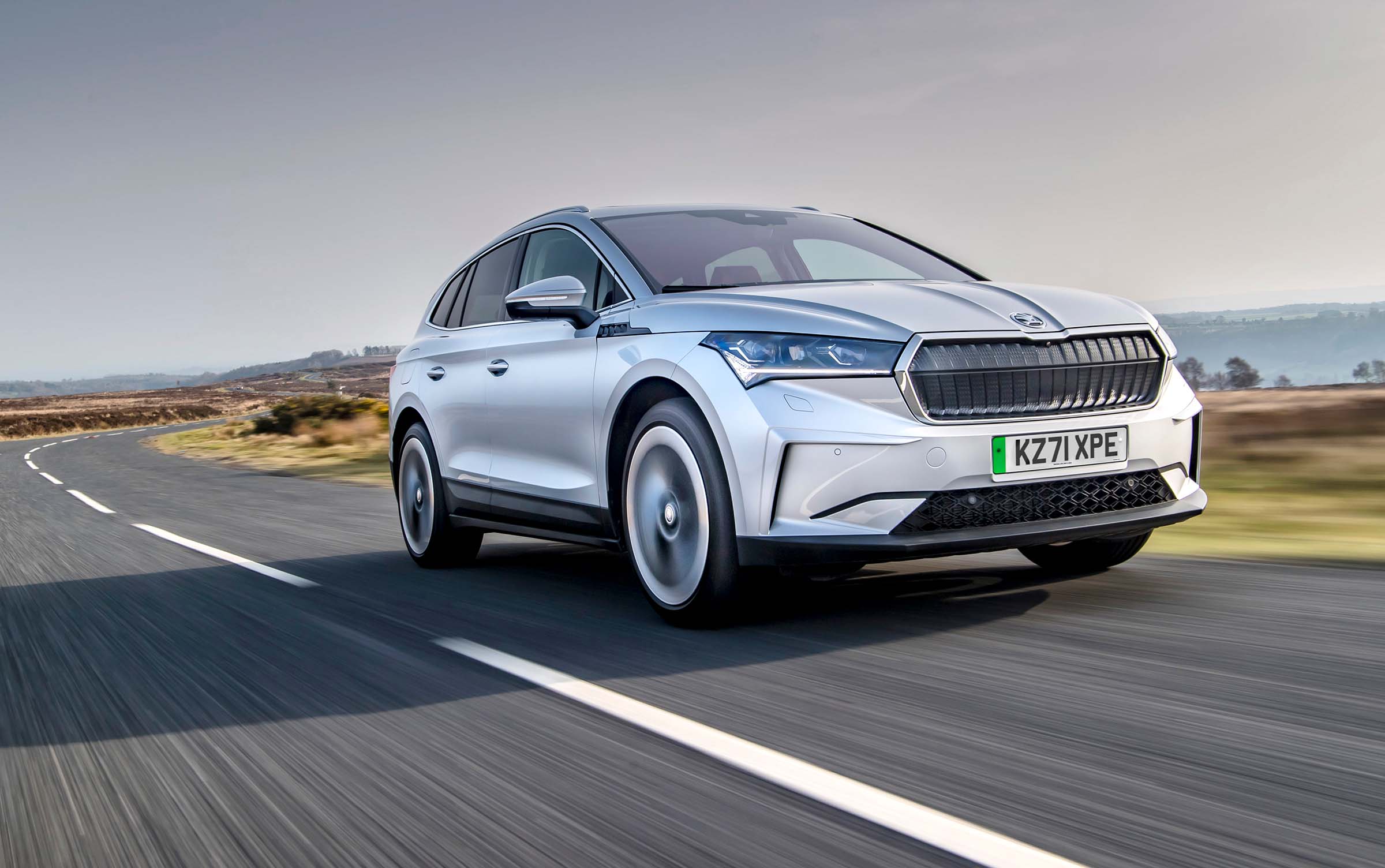 The good news for new Enyaq iV owners is that ŠKODA is reducing the time it takes to charge by equipping all new models with upgraded DC fast charging as standard.

As part of the brand’s ongoing commitment to offer exceptional value for money, the upgrade means that new owners will be able to significantly cut charging times when connected to the new generation of higher power DC rapid chargers.

Previously, both models had a maximum charging rate of up to 50kW as standard. In real terms, this means that the charge time up to 80 percent for an Enyaq iV 60 charging at up to 120kW charger is reduced from 55 minutes to 35 minutes.

For the Enyaq iV 80, the time is reduced from one hour and 10 minutes to just 38 minutes with up to 125kW DC charging. While the majority of the UK’s public DC rapid chargers have an output of 50kW, a new generation of high output chargers is being installed across the country.

These advanced new fast charging units have outputs ranging between 120kW and 350kW and have been designed to dramatically shorten charging periods. All Enyaq iV models can charge at any rapid charger equipped with an industry-standard CCS connection.

The UK’s public rapid charging network for electric cars continues to expand with around 250 new connections going live every month. According to Zap-Map, who are the UK’s leading electric vehicle mapping service, there are currently 4,770 rapid DC public chargers live at 3,060 sites around the UK. There are also more than 1,100 ultra-rapid (100kW+) units now online.