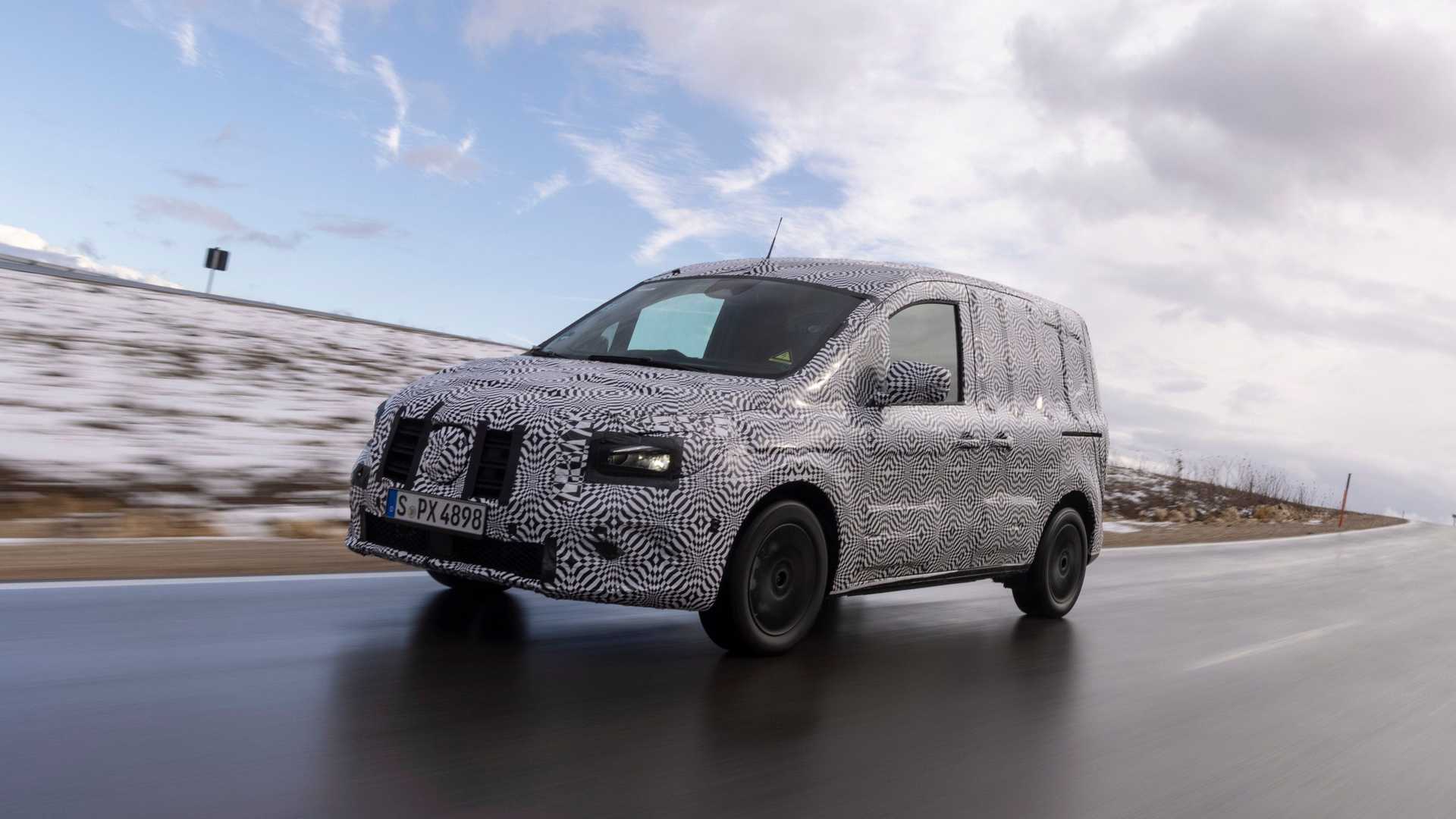 Mercedes have released several spy shots of their new all-electric eCitan mini-van that is expected to be released later this year in Europe. The pictures show the new small van undergoing tests and this is the first time the world has seen this new zero-emissions vehicle from Daimler Mercedes.

The new electric van is a collaboration with the Renault-Nissan-Mitsubishi Alliance group. Eagled eyed drivers will spot the obvious similarities to the hugely popular electric Renault Kangoo Z.E. small van, which is already proving popular and being used by many forward-thinking businesses including SKY TV.

Similarly to the Kangoo Z.E., the new eCitan has the charging port conveniently located at the front to make charging easier. Other than that, the new mini-van looks almost identical to spy shots of Mercedes’ combustion engine version that have done the rounds.

With the launch of the eCitan Mercedes will have completed their plan to offer their complete commercial and passenger van line-up, which includes the eVito, eVito Tourer, eSprinter and EQV, with clean electric powertrains. It’s good to see so many producers of light commercial and passenger vehicles, including Citroën, Peugeot, Renault, Vauxhall, all helping to clean up these vehicles that are typically used in city driving situations.