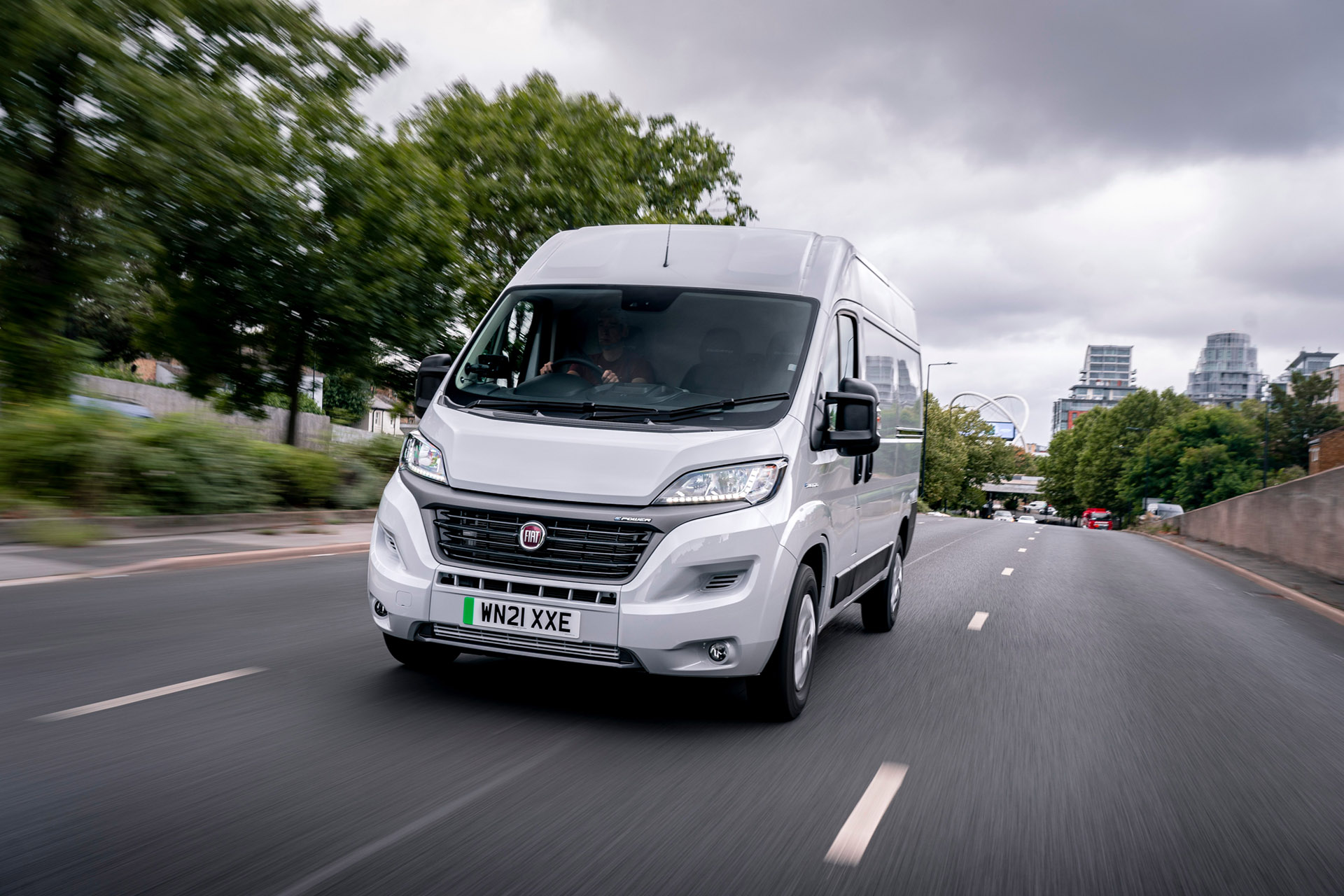 The Van Delivery Stress Test, a first of its kind study when looking at vans, was commissioned to gain a greater understanding of the physiological and psychological impact on drivers. It compares the different levels of cabin noise in an electric and internal combustion engine light commercial vehicle.

Fiat Professional carried out the trial in conjunction with leading psychoacoustician, Dr Duncan Williams, formerly of Oxford University, to mark the recent arrival of its first fully electric van, the E-Ducato, which has already been a big hit. For example, DHL Express purchased 100 of these electric vehicles (EVs).

Participants completed an agreed 20-minute route in London in both the E-Ducato and the diesel, Ducato. The route was set up to meet the everyday demands of courier drivers which included three drop off locations in an agreed time period.

To apply a real-world scenario to the study, drivers were then ‘penalised’ for not completing the route and drop-offs in the target time. The route went through part of London that, as of 25 October, will fall inside the ultra-low emission zone (ULEZ).

Two acoustic measures, loudness and acoustic sharpness, were measured inside the cabins of the E-Ducato and Ducato. These two scientific measures were captured because they are well known in the research community as being correlated with negative emotions like stress.

Drivers also answered a Perceived Stress Questionnaire twice, both after driving the E-Ducato and ICE Ducato. The survey questions focused on how rested the driver felt, how demanding the drive was, whether they enjoyed the drive and how tense, calm or tired they felt.

The findings were released ahead of World Mental Health Day on 10 October to raise awareness of the mental and physical impact excessive noise can have on human health. Around 100 million people in the European Union (EU) are negatively impacted by road traffic noise pollution.

The findings from the study found that focusing on the noisiness of the cabin and its link to stress, drivers’ biometric responses reported the E-Ducato as being less stressful than its ICE counterpart.

Overall, it found drivers produced significantly lower levels of sweat, had a lower heart rate and lower body temperature when compared to the ICE van. Drivers also reported marginally lower levels of stress when answering the Perceived Stress Questionnaire for the electric E-Ducato.

Some of the comments stated the all-electric version had “very low in-cabin noise levels” and no “noticeable sound or engine noise”. Other respondents added that the electric vehicle (EV) was “quieter, which I like” and “more peaceful to drive”.

Interestingly, drivers’ biometric markers suggested higher levels of stress than reported in the questionnaire. This indicates that drivers physiological stress indicators were higher than their perceived level of stress.

Acoustically, the diesel engine was 10 decibels louder than the E-Ducato, which is nearly four-times the volume of the electric van. This is approximately the difference between someone talking from one metre away versus shouting from the same distance.

The diesel was also 55 percent sharper than its electric sibling. In the field of psychoacoustics, sharpness and shrillness are commonly associated with how annoying a noise is considered, with there being a logical correlation between annoyance and stress. A common example of a sharp, shrill sound is the sound of nails on a chalkboard.

Dr Duncan Williams, psychoacoustician, said: “We already know that noise on the roads is a real problem for people who aren’t part of the traffic but finding out how drivers respond behind the wheel is still very new territory.

“The results clearly show a strong correlation between the quietness of the E-Ducato and lower levels of stress in comparison to an ICE van.

“That said, while the diesel was louder, a number of the participants found it to be a comforting and more familiar sound with a perceived level of stress only a fraction higher than the electric van.

“It’s a fascinating result and, given the movement towards electric commercial vehicles, shows there are potentially more benefits to van drivers going electric beyond things like cost saving on fuel.”