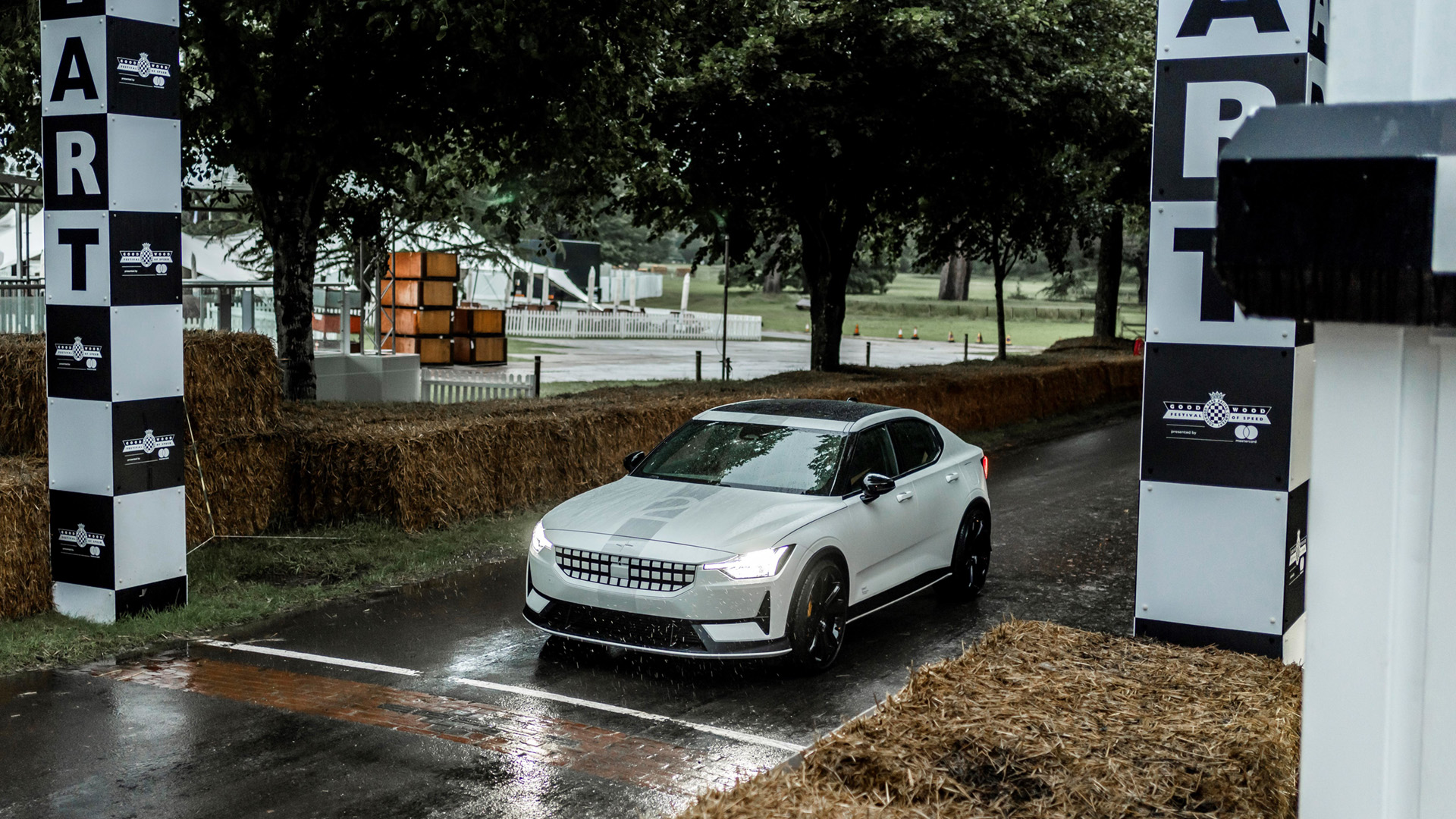 Polestar have revealed an experimental Polestar 2 at the Goodwood Festival of Speed that starts today and runs over the weekend. The popular crossover electric vehicle (EV) has been given a makeover especially for the event. We’re sure this will catch the eye of even the biggest petrolhead.

The one-off Polestar 2 was inspired by Thomas Ingenlath’s (Polestar’s CEO) desire to push the boundaries of the electric performance. The Polestar team was given a free hand to play and see what they could come up with. The result was the ‘Beast’.

Thomas Ingenlath, Polestar’s CEO, said: “I challenged the design and engineering teams to play with Polestar 2 and come up with something that makes a strong statement for Goodwood.

“For a few months I have enjoyed driving another experimental Polestar 2, nicknamed ‘Beast’, around our Gothenburg campus, which inspired the team to come up with this version for Goodwood. We want to flex our muscles and explore opportunities.”

The ‘Beast’ produces a combined output of 350kW (476-horsepower) from its twin electric motors. The car has been given a stronger stance, with a 10 mm wider track on each side and a lower ride height. It now sits 30mm lower.

The springs have been stiffened by 80 percent upfront and 40 percent at the rear. This has been combined with upgraded to Öhlins three-way performance dampers which are approximately 30 percent stiffer than the road and track originals.

Joakim Rydholm, Polestar’s chief chassis engineer, said: “This car is what happens when we are given freedom to go beyond our limits. We already have such great handling and performance characteristics in Polestar 2, but when Thomas asked me to make something special for Goodwood, I was really excited to up the stakes.”

The one-off zero-emissions Polestar 2 will hit Goodwood’s infamous hill climb during the event and the car can be found in the First Glance Paddock, adjacent to the Polestar stand. It will be interesting to see how well it does on the climb and how many internal combustion engine (ICE) cars come close to the power and torque of the Beast.

The car will be piloted by Polestar’s lead chassis engineer, Joakim Rydholm. He’s no stranger to the event having made his first appearance at Goodwood in 2018 with the debut of the first driving prototype of Polestar 1. Polestar will also be showing its Precept concept electric car at the event along with several other electric vehicle producers including Automobili Pininfarina, Everrati, Kia, Lotus and Mini.

Rydholm concluded: “Polestar 2 is already a wonderfully dynamic car and we have spent thousands of hours fine-tuning its driving characteristics. The new chassis set-up for Goodwood has really taken it to the next level. I can’t wait to go up the hill”