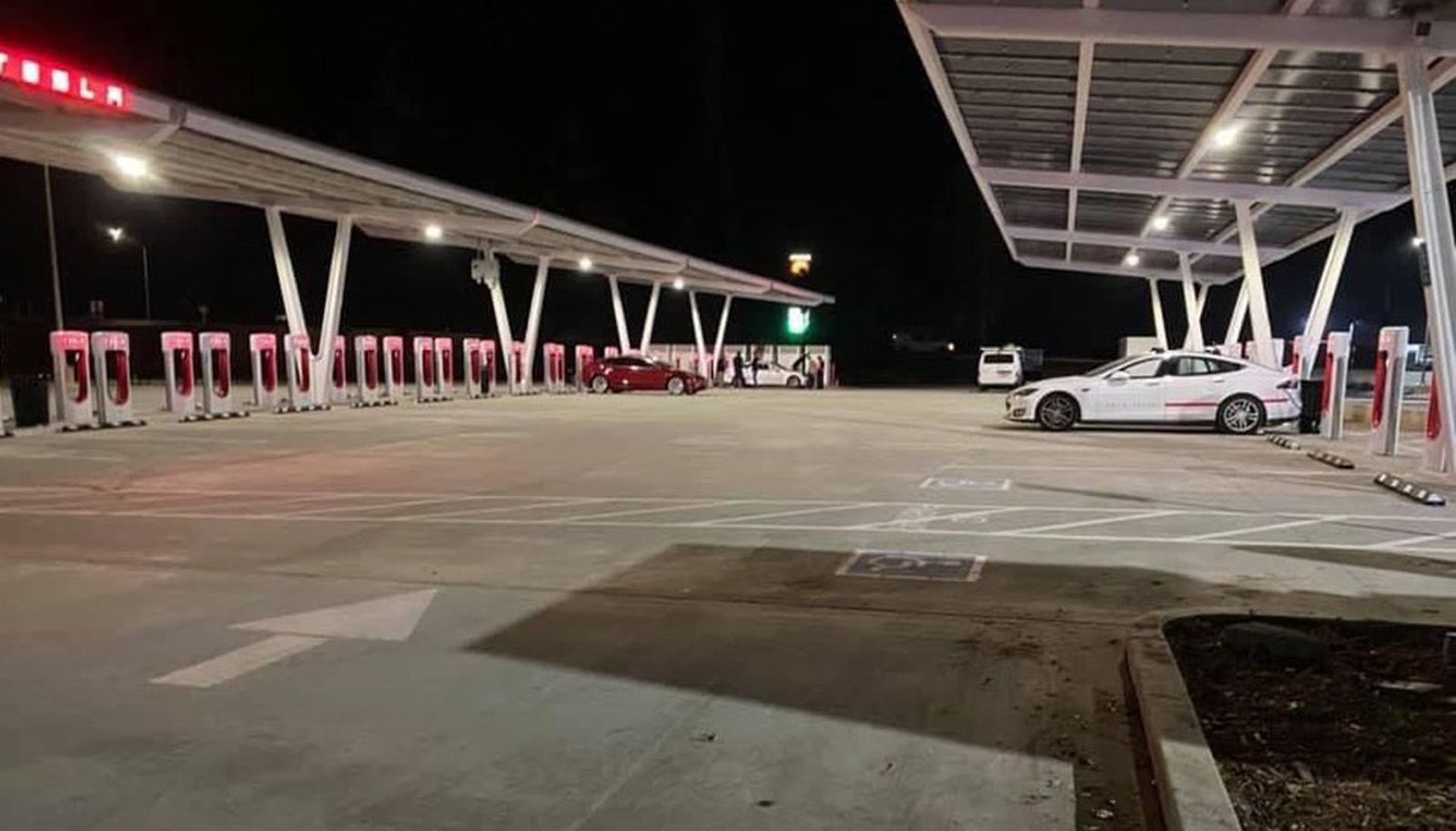 Tesla launches its largest electric car Supercharger on the planet

Tesla, who have been expanding their Supercharger network across the globe, has opened the world’s larger Supercharger in Firebaugh, California. This location is roughly 100 miles inland between San Francisco and Los Angeles, which are two of Tesla’s largest markets for its electric cars.

This new Supercharger in Firebaugh houses 56 V3 charging stalls that are rated at up to 250 kW each. This location takes over as the world’s biggest from the previous largest Tesla Superchargers that are located in China at Lilacs International Commercial Center in Shanghai, Baolong Mansion in Beijing and Hairun Mansion also in Beijing, and all feature 50 charging stalls.

With Tesla sales growing at a rapid rate globally it’s working hard to keep up with its infrastructure around the world to support its users. This news comes after Tesla recently announced it had opened its 20,000th global charger. The new site at Firebaugh will include a restaurant and shop so Telsa owners can refuel at the same time. One neat touch is that Tesla has built canopies with solar power to help power the Supercharger station while shading vehicles as they fuel up.