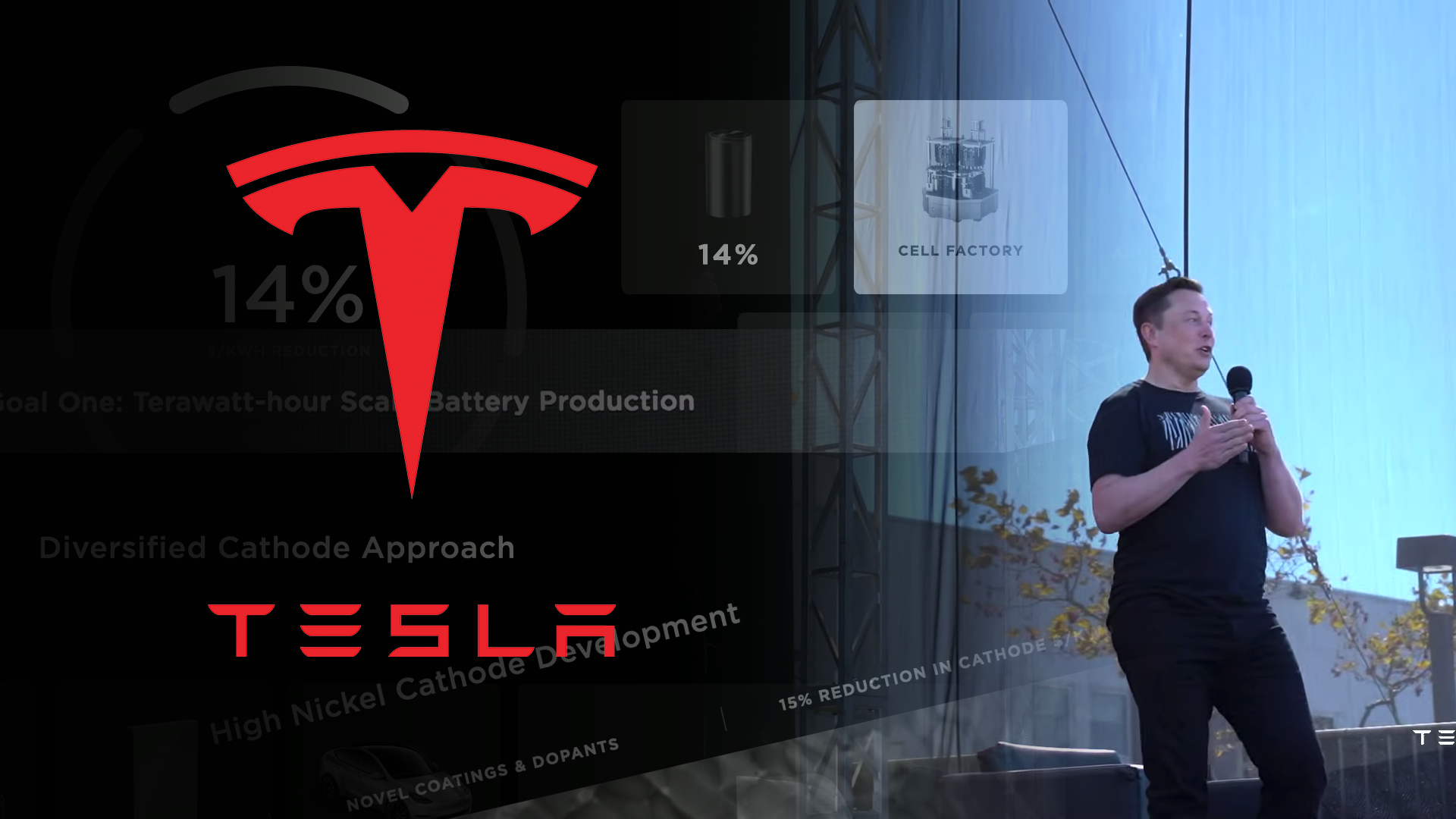 Tesla to cut the cost of electric car batteries by half

Tesla CEO Elon Musk has announced that the electric car manufacturer plans to reduce the cost the of lithium-ion batteries by half over the next three years. He made the announcement yesterday at a presentation that he called ‘Battery Day’.

The plan is to optimise the whole battery chain of production, which will massively reduce the price of electric cars because batteries currently account for around 40-60 percent of the of overall cost. Such savings instantly make the electric car a far more attractive potential purchase option.

Musk explained he planned to make his batteries more efficient by using a tab-less design. These bigger sized batteries will become part of the structure of the car therefore reducing the effective weight of the batteries. This makes cars lighter and ultimately more efficient. Musk also announced that Tesla will also include battery recycling directly at their factories in the future.

The Tesla CEO also stated that one the company’s big goals is to develop a battery that costs $100 (£80) per kilowatt-hour. This is the price point that experts believe is necessary to make the cost of electric vehicles competitive. At the moment a battery pack costs between $150 to $200 (£120 to £160) per kilowatt-hour. Tesla’s is at the lower end of this scale which means a battery pack typically costs around $14,000 (£11,000).

At the presentation Musk also hinted at the potential for a $25,000 (£19,600) fully-autonomous Tesla. Once again, he believes this could be a reality within three years. The combination of better batteries and reduced retail car prices makes this an extremely exciting time as the world works towards using zero emission cars and vehicles.

Musk, Tesla CEO, said: “One of the things that troubles me the most is that we don’t have a truly affordable car, and that is something we will do in the future. To do that, we need cheaper batteries.”