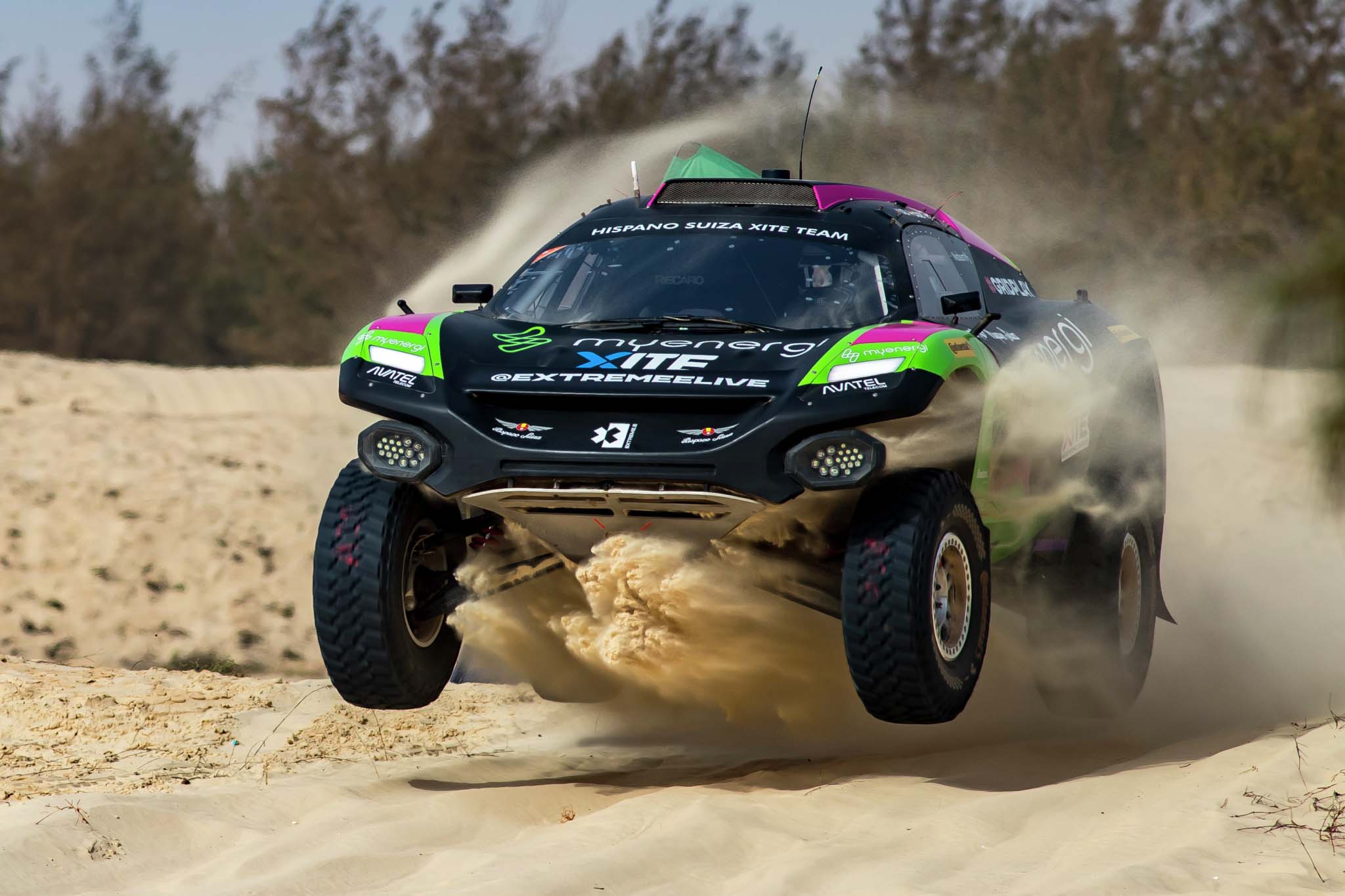 Extreme E’s floating centrepiece, the St. Helena, has today arrived in the UK Dorset port of Poole in preparation for the championship’s final event of its inaugural season. The final event in the zero-emissions race series, the Jurassic X-Prix, takes place on 18-19 December.

Extreme E, which is a gender equal motorsport, is a radical off-road racing series featuring only electric cars. The series of events were located in extreme environments around the world which have already been damaged or affected by climate and environmental issues.

The races were used to highlight the impact of climate change and human interference in some of the world’s most remote locations. The series’ main goal was to promote the adoption of electric vehicles in the quest for a lower carbon future for the planet.

Since departing the UK for the first ever Extreme E race just over nine months ago, the former Royal Mail ship has covered an astounding 19,000 nautical miles. It has transported Extreme E’s race freight and logistics around the globe in its first season.

Upon arrival into Dorset, the St. Helena greeted its first ever female engineer China Hypolite-McCarthy from the United Kingdom. The crew will now spend the next few days unloading all of the freight on board as it prepares for the Jurassic X Prix race.

The freight includes the all-electric ODYSSEY 21 race cars, three of which are entrants for teams founded by Sir Lewis Hamilton, Nico Rosberg and Jenson Button.

Also onboard is the AFC Energy system including solar panels and hydrogen fuel cell to charge the cars emission free, two Zenobe second-life batteries to power the paddock, plus everything else required to create a race site in remote locations without event infrastructure.

This will now be set up in the British Ministry of Defence Base at Bovington. This is an area surrounded by the stunning Jurassic terrain of the historic county of Dorset.

Whilst preparations for the 2021 finale in the UK gather momentum, Extreme E has also been busy north of the border in Scotland. Here they have been supporting the Count Us In Citizens’ Declaration at the COP26 UN Climate Change Conference in Glasgow.

Extreme E and Count Us In joined forces nearly a year ago to use the power of sport to inspire fans to take practical steps on climate change. This campaign has so far seen an uptake of millions of people around the world who are making small but significant changes to their lifestyles in the quest to lower carbon emissions.

Alejandro Agag, Extreme E CEO and founder, said: “It’s hard to believe that Extreme E is now preparing for its final X Prix of our inaugural season and that the St. Helena is back here in the UK where she departed nearly a year ago - and what a year it’s been.

“We are so excited to be ending our first season in Dorset in the UK. Despite the incredible places we have visited so far this year - Saudi Arabia, Senegal, Greenland and Sardinia -  the landscape here is equally as amazing and there’s no doubt that it’s certainly going to be challenging for the cars and the drivers.”