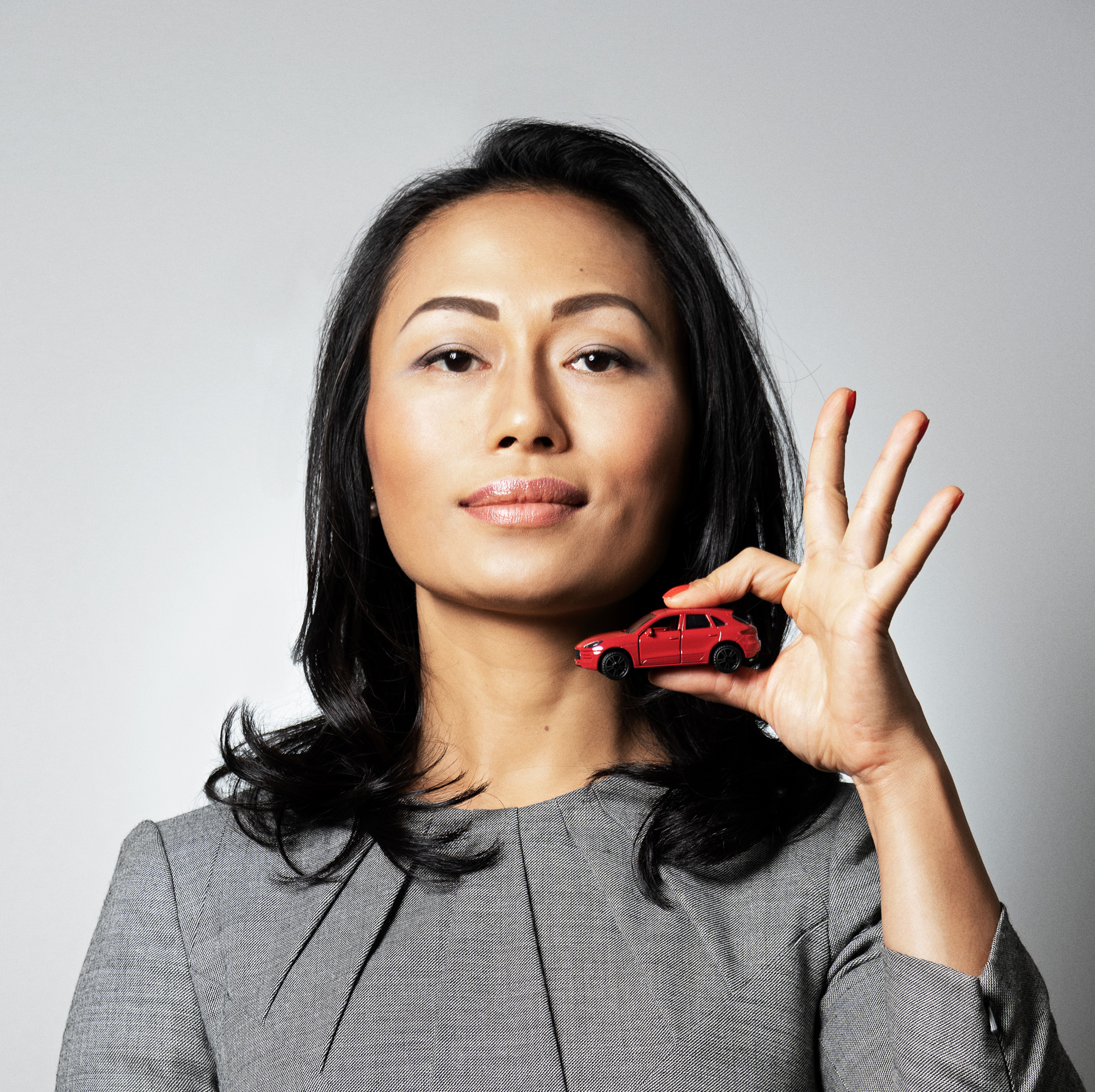 For Top Women in EV week 2021, we will be sharing stories of some of the women shaping and driving forward the emobility industry.

Annie Pin knew nothing about cars when she first started working in the vehicle leasing industry a decade ago. “In 2011, I drove my first Nissan Leaf and fell in love with EVs,” remembers Annie who previously worked in superyacht finance. “Back then we thought it was a miracle that the car could run 50km and many people thought I was crazy to believe that a transition to EV’s was possible.” But for the past ten years, she has been helping companies switch their fleets to electric vehicles and she is very much inspired by the fact that her job is having such a positive impact on the planet and contributing to a greener, lower-carbon future. “Finally, now it’s all happening and I’m very happy that I can do something that’s making a long-lasting difference,” says Annie, Chief Commercial Officer of ALD Automotive.

When it comes to changing behaviour, we might first think of consumers but as Annie explains, we’ll only see big numbers of EV’s once corporate fleets make the transition to electric vehicles: “One big company switching can result in 14,000 thousands of cars moving to electric at once. That’s often overlooked as it’s not really in the public eye but it’s a very important part of this transition.” She plays an active part in this. Alongside overseeing commercial sales and global partnerships, she is the executive sponsor of the company’s electric vehicle programme which addresses the entire electric vehicle value chain across the company. “Today’s EV ecosystem is complex and it’s quite immature but our job at ALD Automotive is to make it affordable and simple to switch.”

Five years ago, she worked as General Manager of ALD Automotive in Norway, a country which now has the highest proportion of green cars. “In the past, you’d have associated Norway with oil or salmon but suddenly this tiny nation has turned its image into a super-innovative EV country,” she says. That’s largely down to financial incentives for private car owners. People weren’t switching because they particularly wanted to save the planet; they were saving money. Eventually fleet businesses began to take advantage of the incentives that were offered too and once those big companies switched, even the more conservative individuals were tempted to follow suit. That slow transition has changed Norway’s mobility space definitively.

“Often there’s a mix of government incentives and municipalities imposing restrictions on entry to a city or higher taxes and tolls for non-electric vehicles. That combination of carrots and sticks changes everything. And speaking from experience, once someone moves to EV, they don’t go back.”

When considering an EV, Annie advises taking a total cost of ownership (TCO) approach, rather than considering purchase price alone. In some countries, when the cost of fuel or electricity, tax, maintenance, insurance, tolls and parking are taken into account, the TCO per month of an EV can be cheaper than that of a normal car. “This for me is the tipping point and although subsidies and incentives will diminish, production costs will soon be lower, plus EVs are lasting longer and are easier to maintain so they’ll become even more accessible.”

It’s easy to assume that men will lead the adoption of EV’s, but Annie believes that the transition won’t be led by a desire for fancy, high-performing new tech. “Seventy to eighty per cent of women drive consumer purchasing decisions in households (source: Bloomberg) and they’ll choose electric for ease and convenience.” Put simply, EV’s are for everybody.

This sector is traditionally male-dominated but Annie’s hopeful that change is afoot. “Here at ALD Automotive, we have a lot of promising female talent entering the company which I’m very happy about, as I know it can be daunting. To all the women trying to break into this industry or looking for more senior roles, my advice would be don’t be shy – don’t hide your difference, that’s your strength.”

Embracing diversity, whether that’s race, nationality, gender or sexual preference, should always be high on any company’s agenda, according to Annie. “For me, it’s quite obvious that diversity is an enriching thing and it will also result in better performance and shareholder value,” she adds. “I love working with people who are incredibly professional and knowledgeable about what they do, with many years of experience behind them. Yet I have the possibility to be different, to innovate, to start up new things and make those ideas a reality. I absolutely love my job. I’ve got the space to really be able to push myself to my full potential and that’s empowering.”

Anna Turns is an environmental journalist who writes about sustainability, the climate crisis, regenerative farming and renewable energy