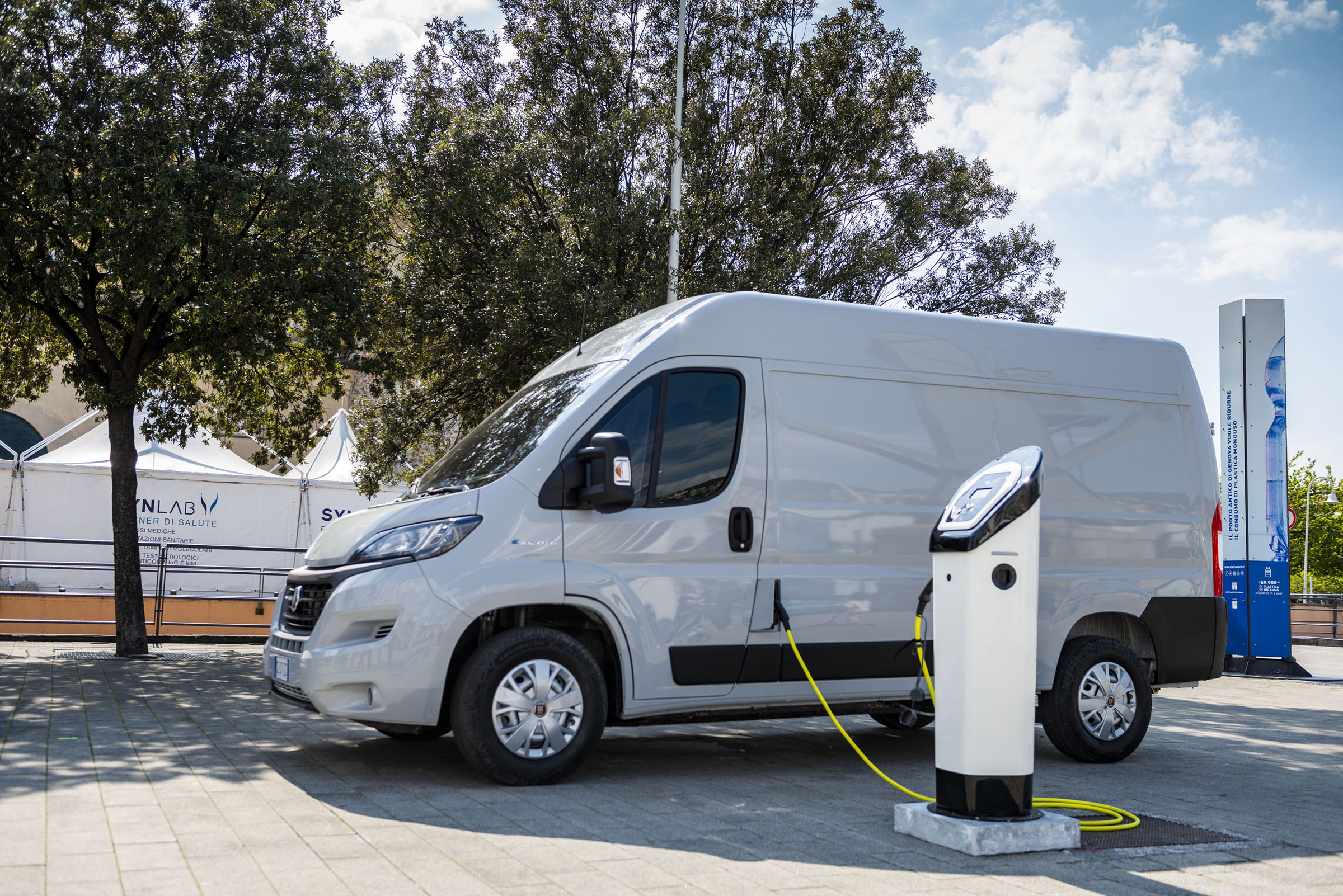 The E-Ducato has three or five battery modules depending on the size of the battery fitted. The 47Wh and 79kWh batteries used in the E-Ducato both come with ‘Recovery Mode’ as standard. Connecting the batteries in parallel means that the current flow cannot stop because the current is taken from each individual battery.

The E-Ducato has a top speed of 62mph (100kph) and accelerates from 0-30mph (0-48kph) in under six seconds. It has an impressive charging time of just two hours and 25 minutes, enabling businesses to recharge and get back on the road in the quickest time possible. The 47kWh battery is available with AC or DC charging capability.

The 79kWh battery is matched to the same 90kW motor and receives the same power and torque outputs as the 47kWh battery version. The larger battery provides a longer range of up to 230 miles (370km). E-Ducato with the 79kWh battery takes just four hours to charge from zero to 100 percent and is also available with AC or DC charging capability.

As a zero-emissions electric vehicle, the E-Ducato is congestion charge and ULEZ-exempt, making it the perfect tool for businesses in both urban and suburban environments. Like its internal combustion engine counterparts, the E-Ducato has a payload of up to 1,950kg and maintains the same volumes of between 10m3 and 17m3. Prices for the E-Ducato start from £47,675.