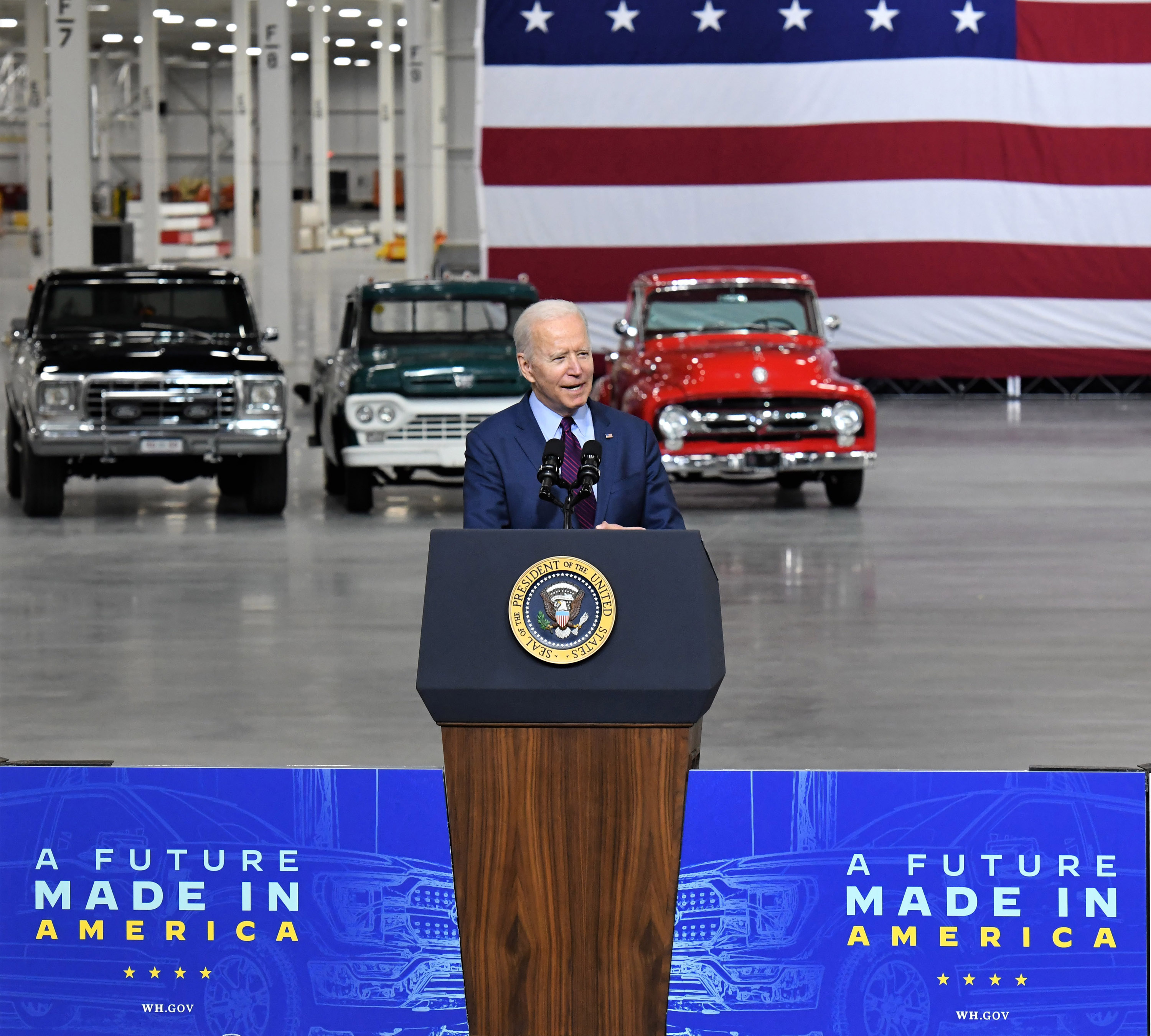 Yesterday US President, Joe Biden, visited Ford’s Rouge Electric Vehicle Center in Dearborn, Michigan to see the pre-launch of the new F-150 Lightning electric pick-up. This is Ford’s new all-electric version of the F-150, which is the best selling vehicle in the US.

During the visit, the President saw and drove the new electric F-150 Lightning. After taking it for a spin he was impressed, especially by the speed and acceleration.

After driving the F-150 Lightning Joe Biden, US President, said: “This sucker’s quick.”

This was also the perfect platform to push his proposal of spending $174 billion to help clean up and electrify the US. The President is a big believer in electrifying the car industry and understands things need to change now.

Joe Biden, US President, said: “The American auto industry is at a crossroads. The real question is whether we’ll lead or fall behind in the race to the future. Or whether we’ll build these vehicles and the batteries that go in them here in the United States of America or rely on other countries.

“Or that the jobs to build these vehicles and batteries are good paying union jobs. The future of the auto industry is electric. There's no turning back.”

A White House fact sheet has just been released about the President’s proposed $174 billion of electric vehicle spending. Through the investments in the American Jobs Plan, the President’s administration wants to re-establish US leadership in electric vehicles and batteries. It will offer consumer incentives along with tax credits for zero-emission medium- and heavy-duty vehicles.

It also outlines spending $25 billion on transit buses along with $20 billion to convert 20 percent of the fleet of school buses to electric. This will improve the air that kids breathe and create jobs in clean bus manufacturing.

They’ll also be funding for federal agencies, including the Postal Service, to lead on transitioning their vehicle fleets to electric and installing charging infrastructure.

The federal government spends more than a half-a-trillion dollars buying goods and services each year. This purchasing power can be used to drive innovation and clean energy production, as well as to support high quality jobs.

The plan aims to provide tax credits for clean vehicle manufacturing and incentivise the start-up of new battery production facilities. It will offer low cost credit for the production of advanced vehicles and fund retooling of dormant factories.

The proposal also plans to invest heavily in research and development. It will also invest $20 billion in regional innovation hubs to support innovation and productivity across the country to help keep things being made in the US.

The plan outlines $15 billion for creating 500,000 new electric vehicle charging stations and tax credits for other charging infrastructure. Through the investments in the American Jobs Plan, the Presidents administration wants to re-establish US leadership in electric vehicles and batteries.