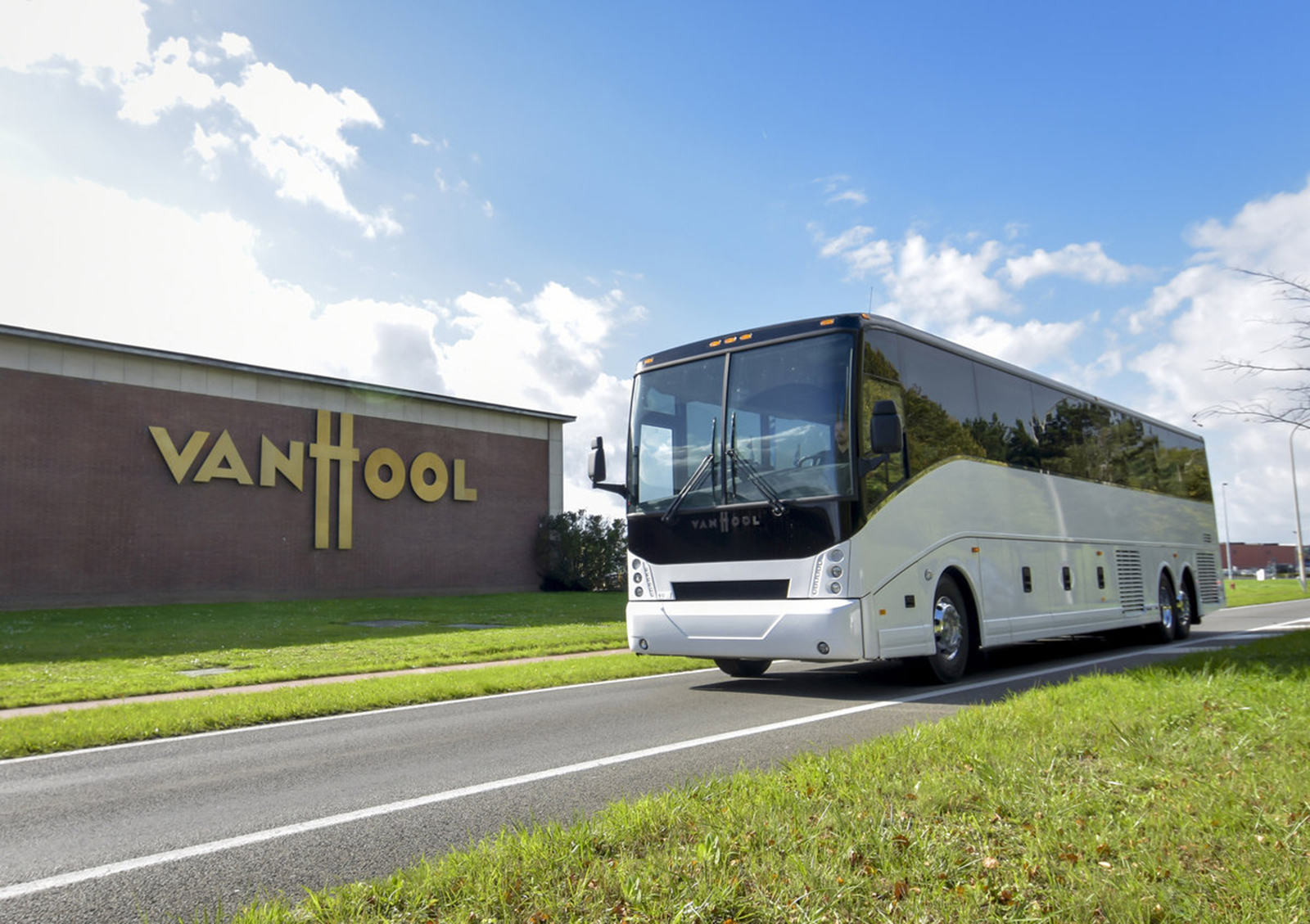 Belgium’s Van Hool, who are independent bus and coach builders, have sent the first CX45E battery-powered zero-emissions electric coach to the United States. After intensive development and testing the new electric coach is being launched by ABC Bus Companies Incorporated, who are Van Hool’s distributor in North America. An additional 10 coaches will be also be exported to the United States in the first half of 2021.

Van Hool collaborated with Proterra, who are a leading American producer of batteries for use in heavy-duty vehicles, to bring the CX45E to the North American market. The new electric coach features Proterra’s E2 battery technology which will offer a range of up to 310 miles (500km). It will be used mainly for passenger transport and commuter groups.

Van Hool, who were founded in 1947, have a history of working with both buses and electric trams. They built the first trolley electric buses in 1985. Then in 2005 were the first manufacturer to design a hydrogen-powered electric bus for the North American market. Plus, the platform of the company’s successful Exqui.City trambus can be equipped with different electric drivetrains.
Filip Van Hool, CEO of Van Hool, explained: “A few years ago we put the first technical concepts of the CX45E on paper, and today the end-result leaves for the US. We were of course able to draw on our vast experience we have built up over decades in the design and production of electric buses.

“In total, more than 1,000 electrically powered vehicles have left Van Hool’s factory. And we will continue our efforts to market environmentally friendly and cost-efficient electric vehicles in the future, both in Europe and in our second home market in North America.”
“As there was a demand from several customers for fully electrically powered vehicles, we at Van Hool and ABC Bus Companies Inc., looked for a solution. Van Hool is excited and proud to work with Proterra, a pioneering company in the development and production of battery technology.”