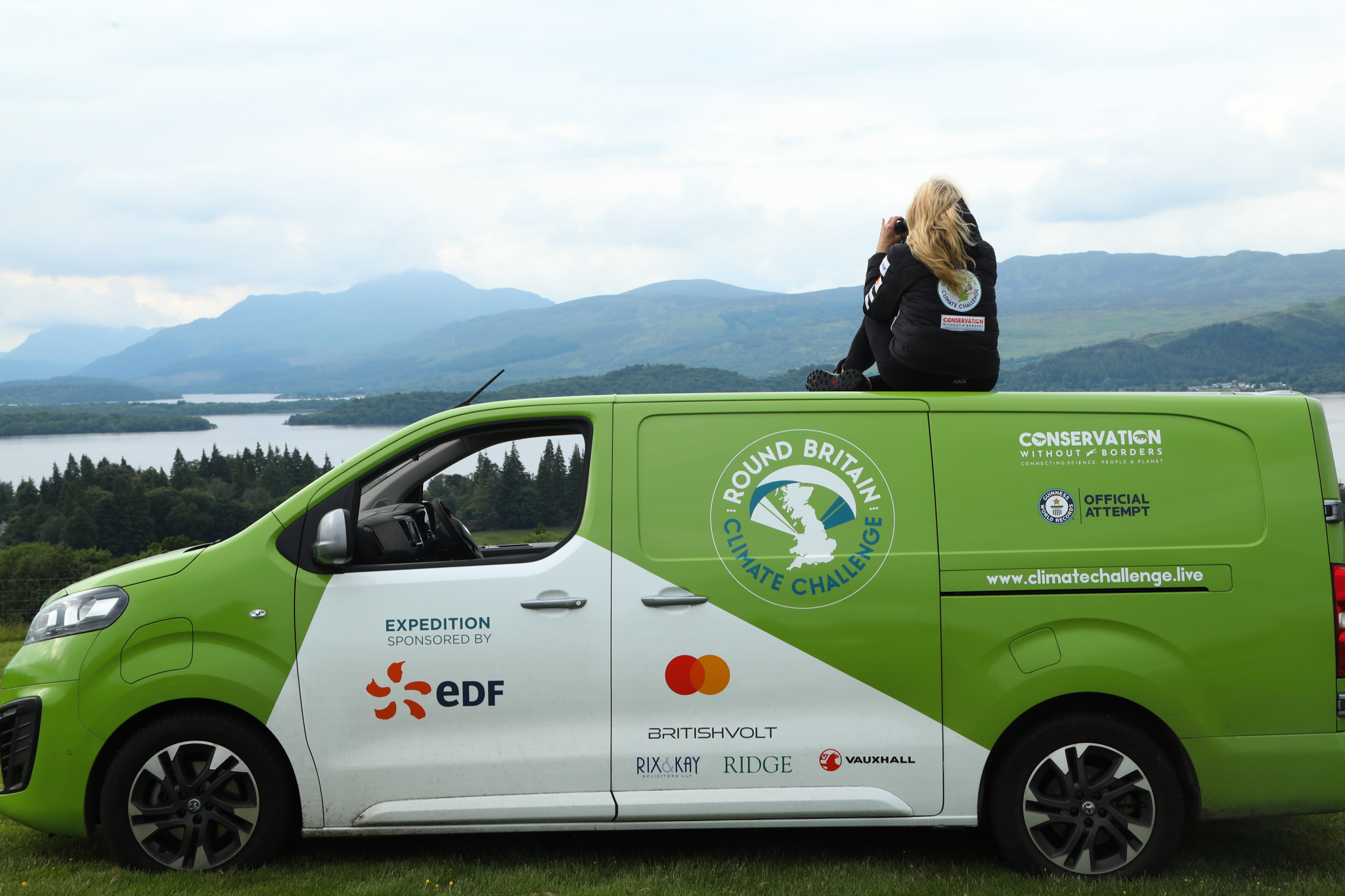 Vauxhall is providing four battery electric vehicles (BEVs), including the fully-electric Vivaro-e van and the all-new Mokka-e, to support the ‘Round Britain Climate Challenge’. This is a Guinness World Records attempt to fly around Britain in an electric paramotor.

The record is being attempted by biologist and adventurer Sacha Dench. The high flyer is the UN Ambassador for the Convention on Migratory Species and founder of the charity Conservation Without Borders.

The ‘Round Britain Climate Challenge’ is attempting to set two world records. The first is the fastest flight around Britain in a paramotor powered only by renewable energy, and the second is the most pledges to act on climate change in one month through Count Us In.

Dench took to the skies on Thursday from Stevenson, near Glasgow in Scotland.  She will fly anti-clockwise around the country and is aiming to complete the circumnavigation around 11 August back in Glasgow.

Throughout her expedition, Dench will meet with and feature stories of individuals, community groups and organisations driving change in the climate movement. These stories will be highlighted to inspire everyone to get involved in the UK’s Green Recovery.

Two fully electric Vivaro-e vans are joined by the all-new Mokka-e and offer up to 201 miles (324km) and 205 miles (330km)of range respectively. This makes them the perfect zero-emissions partner for the job. Transport Scotland have also supported the electric vehicle element of the challenge by contributing free charging to the challenge throughout Scotland.

Paul Willcox, Vauxhall managing director, said: “Not only is it a great initiative using electric technology, but the record attempt will showcase the practical credentials of electric vans and cars to people around the country.”

Adam Millward, Guinness World Records managing editor, said: “Given her tenacity and drive, we know she has her sights set on achieving more records, and there’s not many that would bet against someone like Sacha in seeing her goal through. We are delighted to see her once again take to the air in order to fly the flag for nature.”