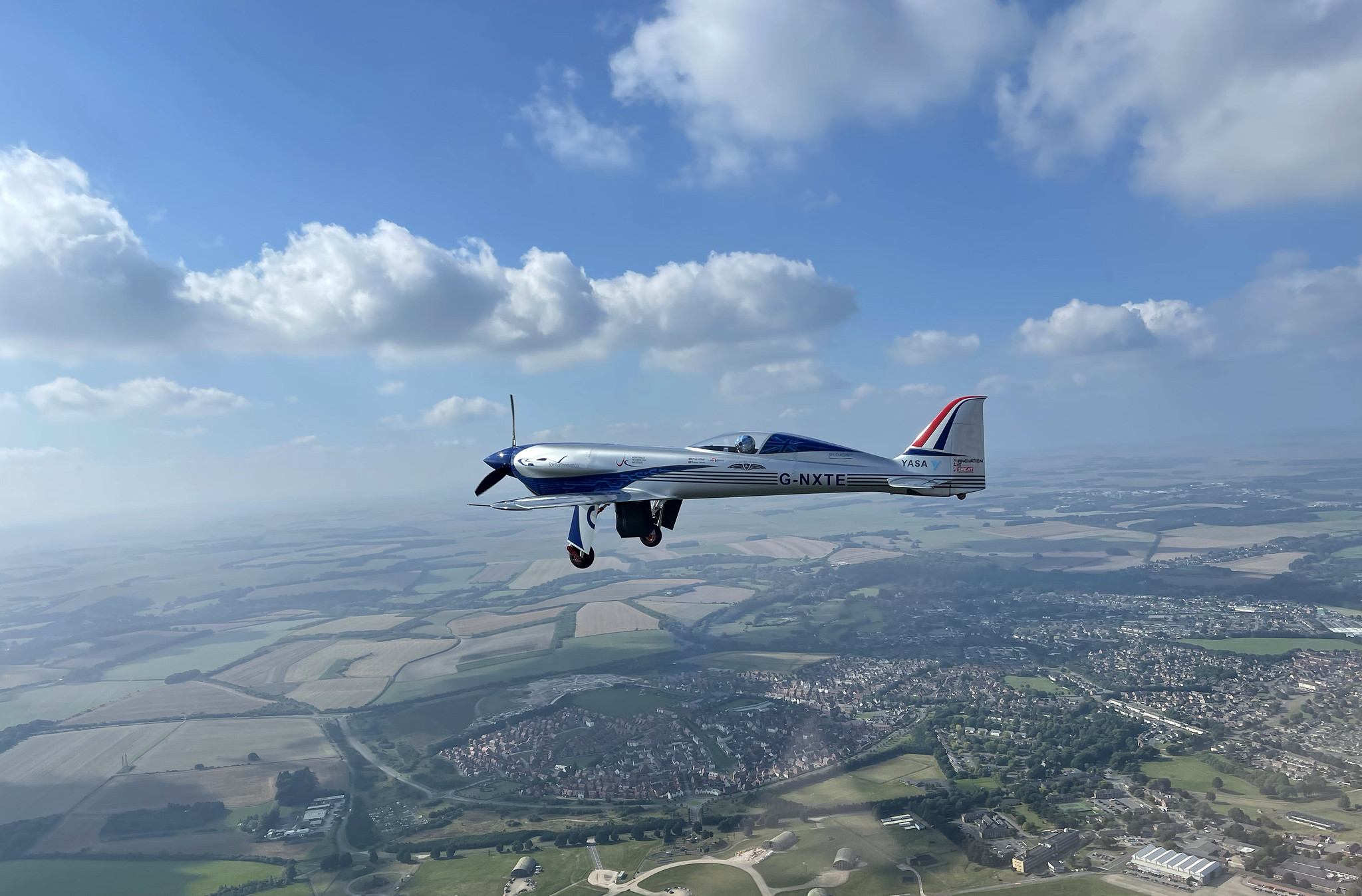 Rolls Royce have announced the completion of the first flight of their all-electric Spirit of Innovation aircraft. The plane zero-emissions plane took to the skies propelled by a powerful 400kW (500+ horsepower) electric powertrain with the most power-dense battery pack ever assembled for an aircraft.

This is another step towards the plane’s world-record attempt of 300+mph (483+km). Plus, this is another milestone on the aviation industry’s journey towards decarbonisation.

Warren East, Rolls-Royce CEO, said: “The first flight of the Spirit of Innovation is a great achievement for the ACCEL team and Rolls-Royce. We are focused on producing the technology breakthroughs society needs to decarbonise transport across air, land and sea, and capture the economic opportunity of the transition to net zero.

“This is not only about breaking a world record; the advanced battery and propulsion technology developed for this programme has exciting applications for the Urban Air Mobility market and can help make jet zero a reality.”

The aircraft took off from the UK Ministry of Defence’s Boscombe Down site and flew for approximately 15 minutes. The site has a long heritage of experimental flights and this first flight marks the beginning of an intense flight-testing phase. This will be used to collect valuable performance data on the aircraft’s electrical power and propulsion system.

Half of the project’s funding is provided by the Aerospace Technology Institute (ATI), in partnership with the Department for Business, Energy & Industrial Strategy and Innovate UK. In the run-up to COP26, the ACCEL programme is further evidence of the UK’s position at the forefront of the zero-emission aircraft revolution.

Gary Elliott, Aerospace Technology Institute CEO, said: “The first flight of the Spirit of Innovation demonstrates how innovative technology can provide solutions to some of the world’s biggest challenges.

“The ATI is funding projects like ACCEL to help the UK develop new capabilities and secure a lead in the technologies that will decarbonise aviation. We look forward to the world speed record attempt which will capture the imagination of the public in the year that the UK hosts COP26.”

The characteristics that air-taxis require from batteries are similar to what is being developed for the ‘Spirit of Innovation’ so that it can reach speeds of 300+ MPH (480+ KMH). This is what the team we are targeting in their world record attempt.

In addition, Rolls-Royce and airframer Tecnam are currently working with Widerøe, the largest regional airline in Scandinavia, to deliver an all-electric passenger aircraft for the commuter market, which is planned to be ready for revenue service in 2026.

Kwasi Kwarteng, Business Secretary, said: “The first flight of Rolls-Royce’s revolutionary Spirit of Innovation aircraft signals a huge step forward in the global transition to cleaner forms of flight. This achievement, and the records we hope will follow, shows the UK remains right at the forefront of aerospace innovation.

“By backing projects like this one, the Government is helping to drive forward the boundary-pushing technologies that will leverage investment and unlock the cleaner, greener aircraft required to end our contribution to climate change.”