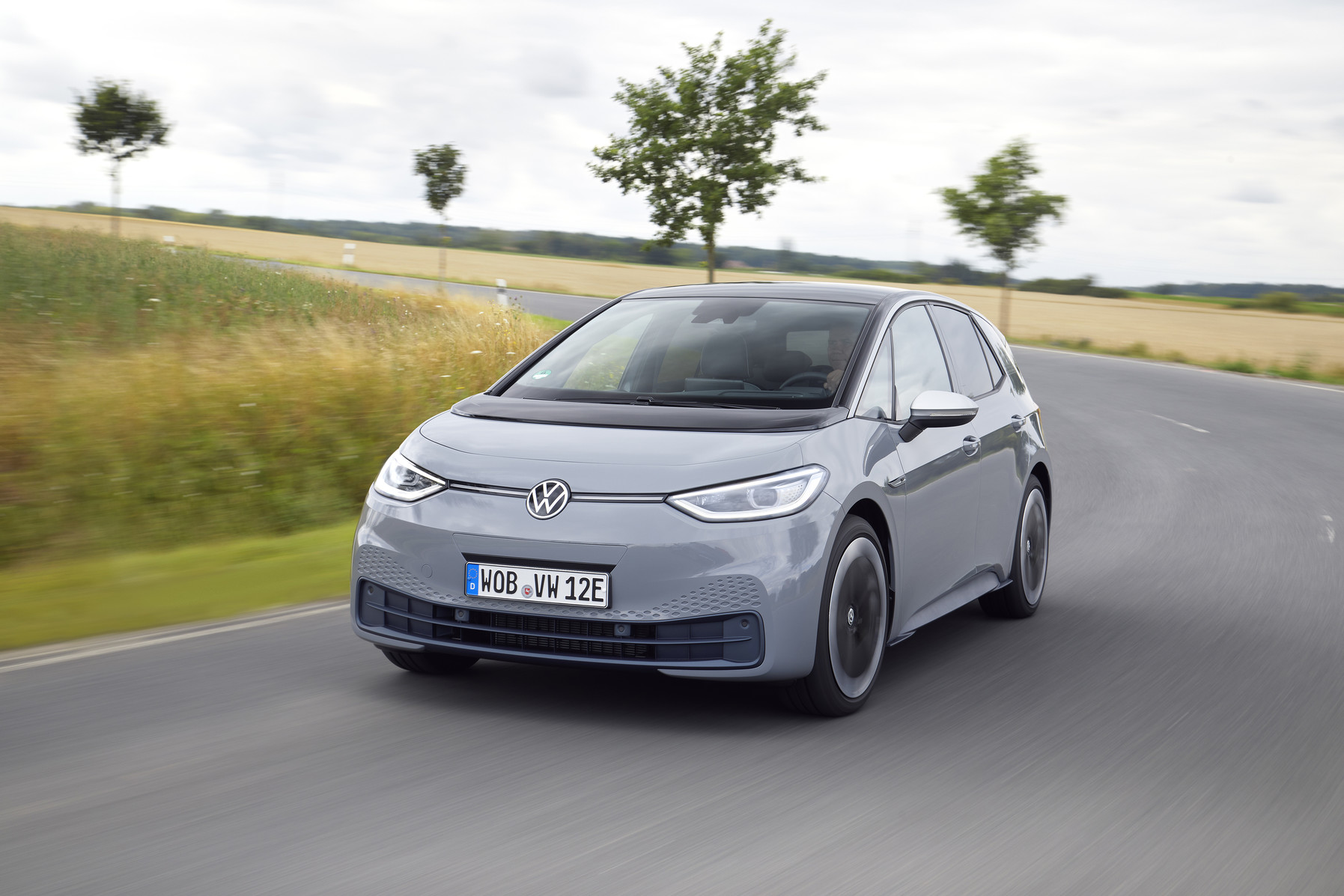 The Volkswagen Group’s e-offensive is gaining traction with deliveries of electric models in the EU including the UK, Norway and Iceland increasing more than fourfold during 2020 to a total of 315,400 electric vehicles. This compares to 72,600 in 2019.

The proportion of battery electric vehicles (BEVs) and plug-in hybrid vehicles (PHEVs) rose to 9.7 percent in 2020 compared to 1.7 percent in 2019. As a result, the Volkswagen Group is the market leader in the all-electric segment in Western Europe accounting for a share of around 25 percent. This compares to 14 percent in 2019.

The main drivers of this development were the Volkswagen and Audi brands, which over fulfilled their CO2 fleet targets. This was largely due to the successful start-up of the Volkswagen ID.3 and Audi e-tron electric models. Based on preliminary figures, the Volkswagen Group reduced the average CO2 emissions of its new passenger car fleet in the EU by around 20 percent compared with 2019 to 99.8 g/km in 2020.

The emissions of Bentley and Lamborghini, who are part of the Volkswagen Group, are measured individually, which is why they are not included in this figure. In anticipation of narrowly missing the target for the CO2 pool established jointly with other manufacturers by around 0.5 g/km, the Group had recognised provisions at an early stage to avoid any impact on fourth-quarter earnings.

Herbert Diess, CEO of the Volkswagen Group, said: “We are making good progress on the road to becoming a CO2-neutral company. We significantly reduced the CO2 emissions of our new vehicle fleet in the EU. The Volkswagen and Audi brands, in particular, have made a major contribution to achieving this with their e-offensive.

“We narrowly missed the fleet target for 2020, thwarted by the Covid-19 pandemic. Along with Volkswagen Passenger Cars and Audi, CUPRA and ŠKODA are now bringing out further attractive electric models. This will allow us to achieve our fleet target this year.”

The Audi brand also came within its CO2 fleet target in 2020 and contributed positively to the Group. The brand continues its transformation into a provider of sustainable premium mobility. Last year it was by far the largest manufacturer of electric vehicles among the three German premium brands.

The successful Audi e-tron model, including the e-tron Sportback, recorded a significant increase in demand in the past year, with year-on-year growth of 79.5 percent with 47,300 vehicles sold. Worldwide the Audi e-tron is the best-selling electric vehicle among German premium manufacturers.

Volkswagen will systematically step up its e-offensive in 2021 with a large number of new all-electric vehicles based on the Modular Electric Drive Toolkit (MEB) platform. Audi will start this year with the Q4 e-tron2 and Q4 e-tron Sportback2. CUPRA and ŠKODA, who are both part of the Volkswagen Group, will launch the el-Born2 and the Enyaq iV3 electric models. Volkswagen will also launch the ID.4 in several additional markets and present a new all-electric model.

The Volkswagen Group, together with other manufacturers, has launched a CO2 pool for passenger car registrations in the European Union. Based on preliminary figures, this pool achieved average CO2 emissions of 99.3 g/km, thus narrowly missing its target by around 0.5 g/km. The final confirmation by the EU Commission is to follow at a later date.

Volkswagen is also the first automotive group to commit to the Paris Climate Agreement and intends to become climate-neutral by 2050. The Group aims to become the leading provider of electric vehicles worldwide by 2025. Until then, around £31 billion (€35 billion/$43 billion) of investments are planned in e-mobility and another amount of around £10 billion (€11 billion/$13 billion) in the hybridisation of the model portfolio.

The Group is planning to sell around 26 million battery electric vehicles by 2030. Around 19 million of these vehicles will be based on the Modular Electric Drive Toolkit (MEB) platform. Most of the remaining seven million vehicles will be based on Volkswagen's High Performance Platform (PPE). The Group expects around seven million hybrid vehicles in the same period. These plans do not yet incorporate potential future requirements under the EU’s Green Deal.