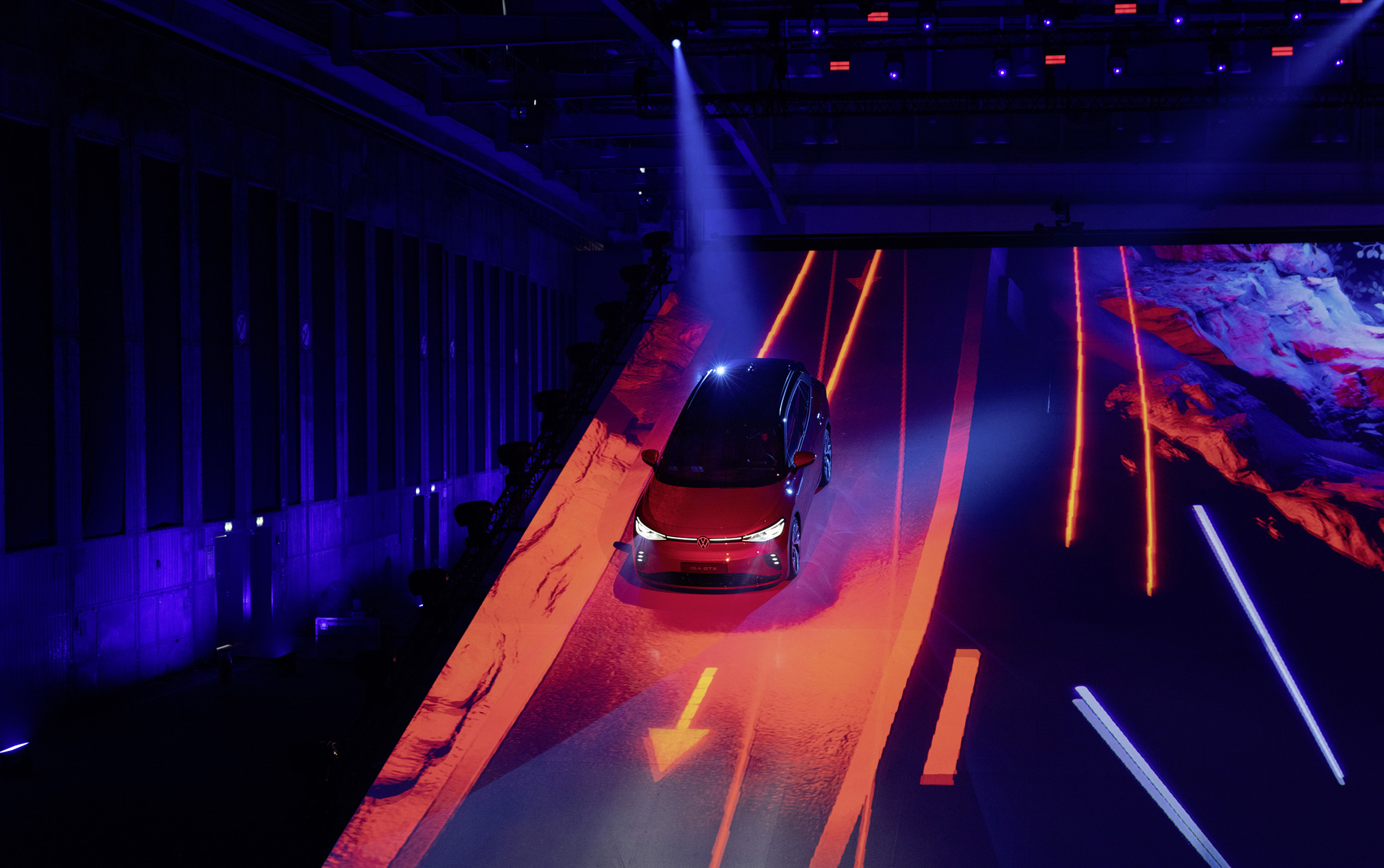 Volkswagen has a spectacular world premiere for its new ID.4 GTX electric car

Volkswagen’s new ID.4 GTX demonstrated its impressive dynamics and sportiness at its world premiere in Berlin. The grand event was held in a hangar at the former Tempelhof Airport. The centrepiece of the event was a 525 square metre ramp with a gradient of 37.5 percent.

The rugged ID.4 GTX is the latest version of VW’s popular ID.4 that has already fans around the globe. The new  D.4 GTX climbed the steep ramp with no problems thanks to its dual-motor all-wheel-drive set-up. The ramp served as the stage for a mixed reality installation. The first GTX in the ID. family was introduced as part of an extraordinary real-time spectacular.

A game engine and tracking system that covered the entire hangar space transformed the physical ramp into a window into a virtual world. In the mixed reality performance the boundaries between reality and virtual fantasy were blurred.

High-performance real-time graphics and storytelling were combined with sculptural architecture to create a trend-setting production. From the camera’s perspective, the ramp became an infinite space.

Twelve full-HD projectors were used for this technique, which is known as ‘projection mapping’, while the vehicle and camera crane tracking was provided through 32 infrared cameras. The contents were then played back using the 3D real-time graphics system of the Unreal Engine that is also used for video game development.

Here are the highlights of the world premiere: