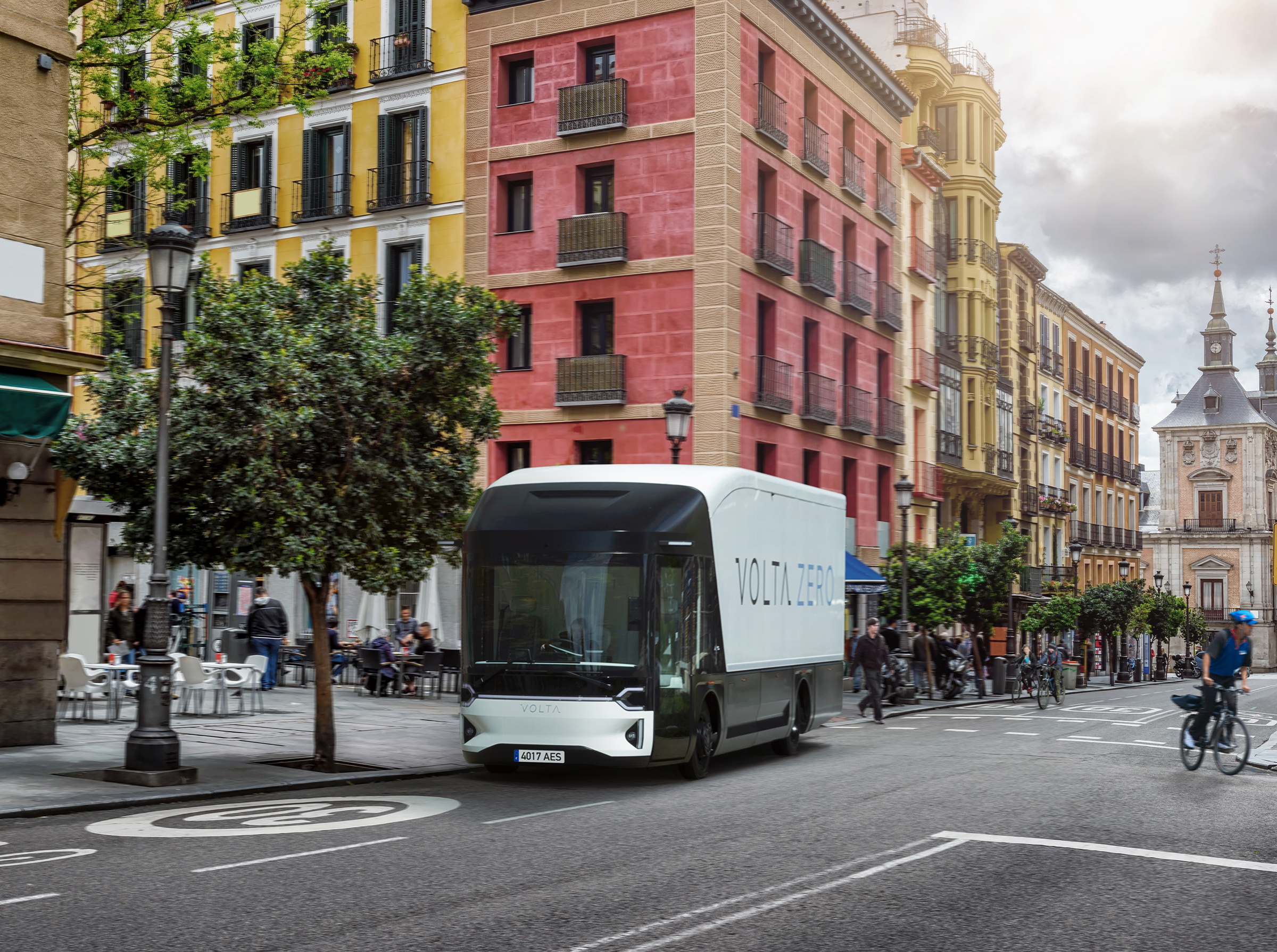 The announcement comes at a time of increasing focus on climate change and air quality improvements, with many cities implementing low or zero emission zones. In the future, many diesel engine commercial vehicles will be banned from operating in city centres.

Paris for example, from 2024, as with all French cities with a population of 150,000 residents or more, will adopt new low emissions zones. Similarly, Oxford in the UK will be trialling a Zero Emission Zone (ZEZ) from August 2021 that could be used in other British cities in the future.

To help companies with this Volta will be launching four fully-electric commercial vehicles by 2025. This builds upon the success of the Volta Zero, the first purpose-built full-electric 16-tonne commercial vehicle designed for inner-city last-mile deliveries.

The addition of three new trucks means Volta will have trucks in the in the 7.5-tonne, 12-tonne, 16-tonne and 19-tonne weight categories. The 16-tonne Volta Zero will be the first vehicle delivered, with pilot fleet trucks built by the end of 2021.

Production of the 16-tonne vehicle will be closely followed by the largest 19-tonne and mid-size 12-tonne variants in 2023. A pilot fleet of the smaller 7.5-tonne vehicles is expected to be launched for customer trials in the same year, with production commencing in late 2024.

The Volta Zero, launched in September 2020, has been welcomed by fleet managers and city legislators alike. Market demand has extended way beyond the initial London and Paris launch markets.

At the end of 2020, Volta Trucks announced what was believed to be Europe’s single largest purchase of full-electric large commercial vehicles with the sale of 1,000 Volta Zeros to Petit Forestier. The order book swelled to $260M by January 2021 and continues growing.

Volta Trucks will accelerate its market entry with a Europe-first strategy, followed by the US and Asia. Given the significant market demand for fully-electric commercial vehicles, Volta Trucks targets to sell more than 27,000 units per year by the end of 2025, with volumes increasing in the following years.

Demand has also been accelerated by Volta Trucks’ unique Truck as a Service (TaaS) proposition. This aims to revolutionise the financing and servicing of commercial vehicle fleets. It will offer fleet managers a frictionless way to electrify their fleets while providing access to the Volta Zero.

Given its sustainability ambitions, Volta Trucks will adopt a network manufacturing strategy. This will include several assembly facilities distributed across its key geographies to minimise unnecessary transportation and cost.

Essa Al-Saleh, Volta Trucks CEO, said: “When we launched the Volta Zero, we’d expected to be selling 5,000 vehicles a year with a single model by 2025. Given our pace of development, driven by customer demand, we clearly see the opportunity to expand the Volta Zero into a portfolio of vehicles to offer customers a wider selection of full-electric vehicle sizes, and to accelerate the change to zero emissions.

“This leads us to far more ambitious sales expectations, with more than five times the number of vehicles now expected to be built. That’ll see over 27,000 vehicles sold per year by 2025, and further volume growth afterwards.”