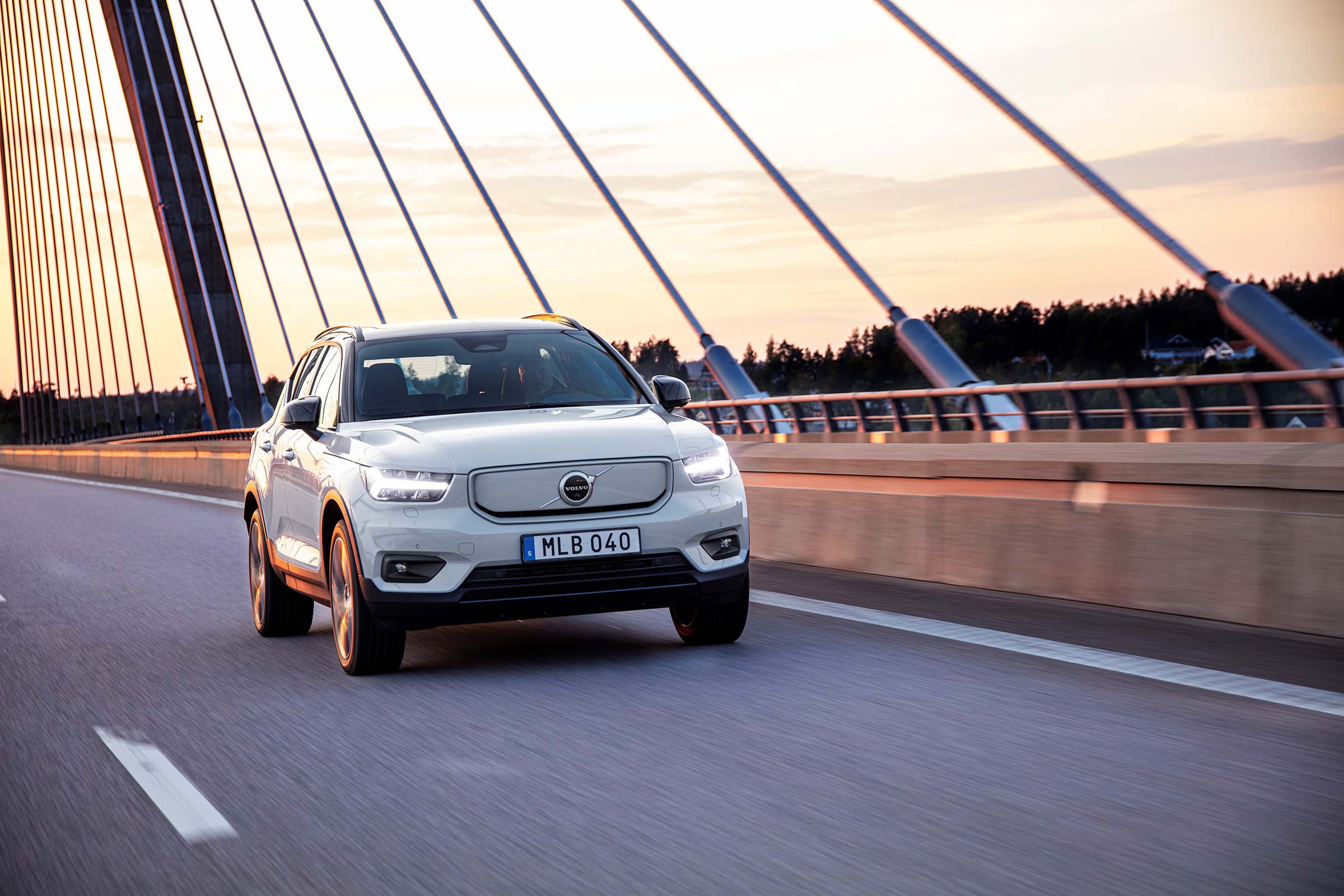 Volvo Cars pure electric vehicle (EV) sales increase an incredible 456,525% globally for the first 10 months of the year compared to 2020

During the first 10 months of 2021, Volvo Cars sold 581,464 units globally, which is up 12.6 percent compared with the same period last year. During this period the company saw the sales of electrified cars increasing at an impressive rate.

The share of cars with a fully electric or plug-in hybrid powertrain, the Recharge models, amounted to 25.5 percent of all cars sold globally for the first 10 months of the year.

During October, the share of Recharge cars accounted for an incredible 31.5 percent of total sales, as the number of electrified vehicle sales continue to rise globally. This is impressive because Volvo Cars’ overall global sales reached 50,815 cars for October, down 22.2 percent compared to the same period last year.

Sales of Volvo Cars’ fully electric models reached 3.1 percent of the overall sales with 18,261 cars sold for the first 10 months of the year. During October this figure increased to 5.6 percent with 2,841 zero-emissions cars sold during October.

What’s impressive is how many more pure electric vehicles (EVs), such as the XC40 Recharge, the Swedish carmaker sold globally compared to 2020. In October 2020, the company sold four units compared to 2,841 for the same month this year. This represents a rise of 70,925 percent.

The growth was related to a planned ramp-up in production. During October, Volvo Cars also started production of the fully electric C40 Recharge in Ghent.

Sales in Europe for the first 10 months of 2020 for pure electric vehicles was also two. For the same period this year, they sold 11,537 cars, which represents a 576,850 percent increase.

Volvo Cars’ sales in the US reached 104,066 cars in the first 10 months of the year, up 23.5 percent compared with the same period last year. During October, sales reached 8,701 cars, of which Recharge cars accounted for an impressive 24.1 percent of the overall sales.

This shows that plug-in vehicles, especially battery electric vehicles (BEVs) are continuing to take a larger share of the car market. In terms of percentages of sales, they are massive and these sales look set to continue to increase, especially with the launch of their new C40 Recharge.

Things are looking good for Volvo, who have said they are aiming for 50 percent of its global sales to consist of zero-emission electric cars by 2025 and plan to be fully electric by 2030.