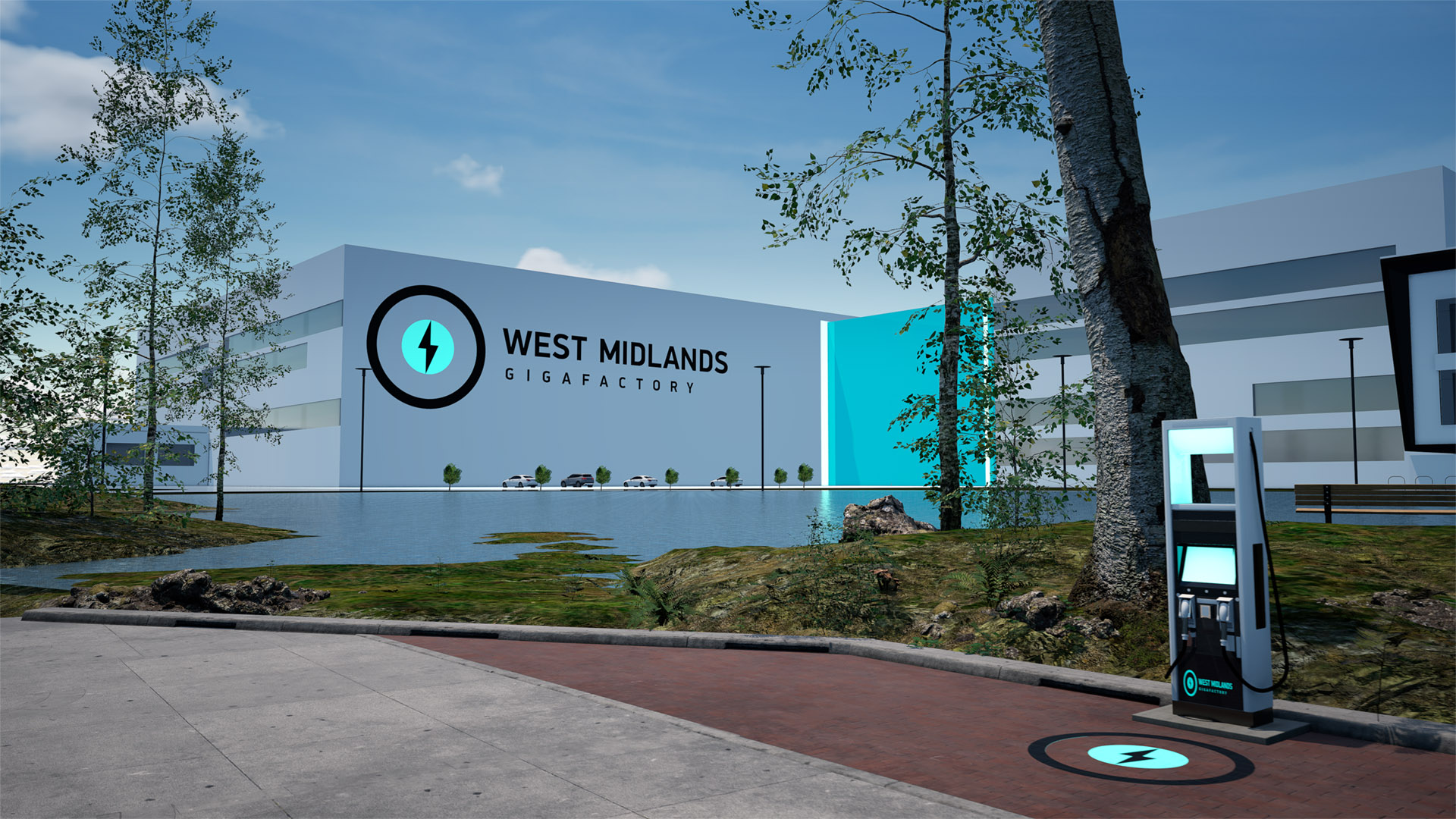 West Midlands Gigafactory, a public-private joint venture between Coventry City Council and Coventry Airport Ltd, has today unveiled further plans to develop the UK’s largest battery Gigafactory as it continues to explore investment opportunities with battery manufacturers from around the globe.

Located in the epicentre of the UK’s automotive industry, the Gigafactory will begin supplying batteries for electric vehicles (EVs) from 2025. It will be the result of a £2.5 billion investment, creating up to 6,000 new highly skilled jobs directly and thousands more in the wider supply chain in Coventry and the surrounding region.

This strategically crucial investment is imperative for the UK’s electrified future, especially for the automotive industry which will stop producing petrol and diesel engines from 2030.

The new Gigafactory, which will command over half a million square metres of space, will be one of the largest single industry facilities of any kind in the UK. At full capacity, it will be capable of delivering up to 60GWh of production per year. This would be enough to power 600,000 electric vehicles per year.

It will be powered by a planned major boost to the local energy network, giving the Gigafactory access to a 100 percent renewable electricity supply, from a combination of solar power and grid-supplied renewables. The West Midlands Gigafactory will be able to recycle used batteries as well as build new ones.

“It will provide a huge cash investment in the area, leading to thousands of well-paid jobs and creating crucial new skills for this country.”

Cllr Jim O’Boyle, Cabinet Member for Jobs, Regeneration and Climate Change, said: “As we stand at the dawn of a new electric age, we fully intend for Coventry to be very front of the green industrial revolution which will power the future of the automotive industry.

“It will provide a huge amount of certainty to our automotive industry, as well as providing much needed jobs and investment to our region. This project puts Coventry at the heart of the British battery industry, giving it access to the region’s world-class skills, R&D and supply chain capabilities.”

Based at Coventry Airport, the Gigafactory will be adjacent to the UK Battery Industrialisation Centre, part of the UK’s Faraday Challenge. The Centre provides a critical link between research at laboratory or prototype stages and the successful mass production of new battery technologies. These links will be hugely important to the future development of the Gigafactory in the West Midlands.

An outline planning proposal for the West Midlands Gigafactory was submitted in July and the application is yet to be determined.