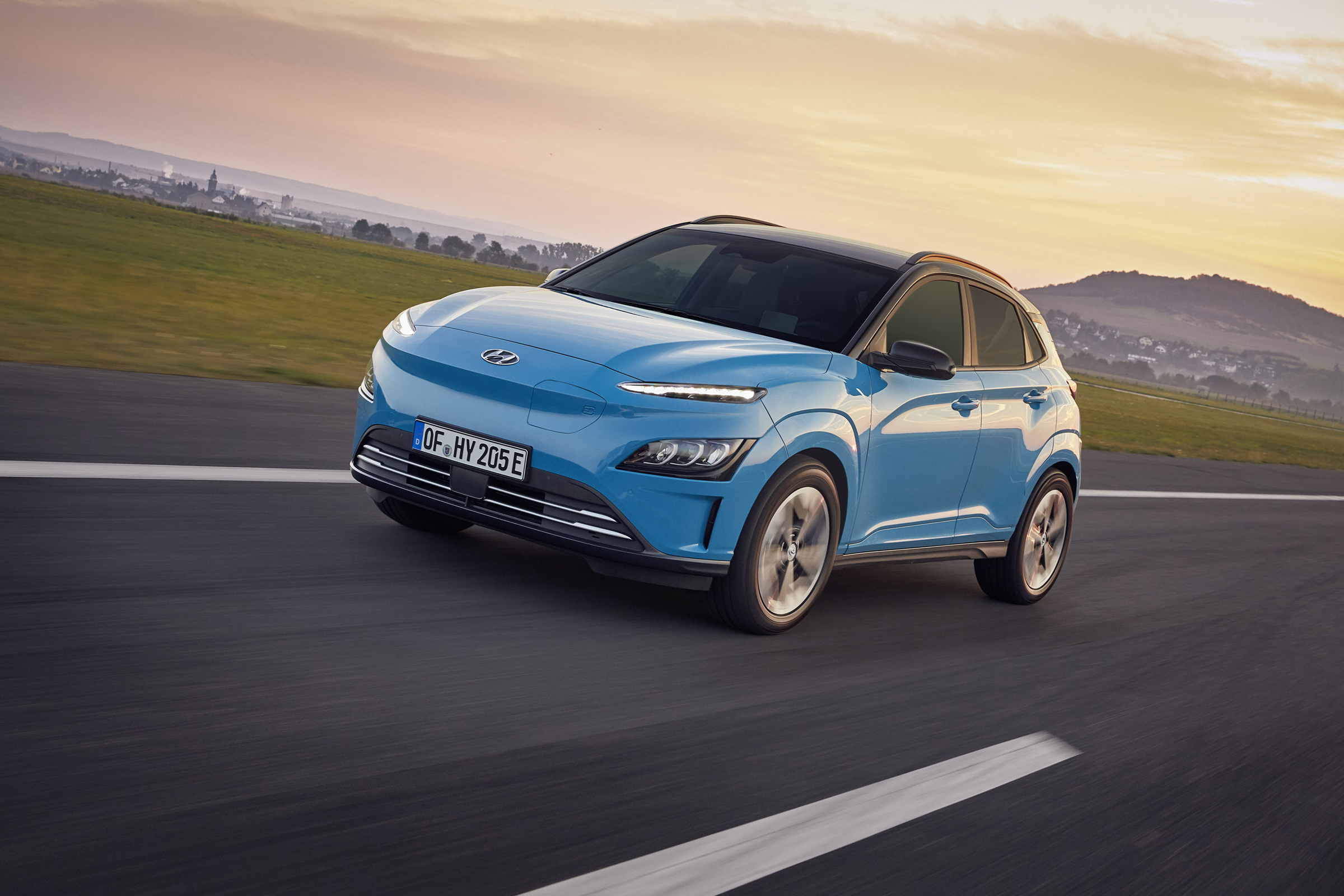 Which electric car costing under £35,000 has the best range?

Hyundai Motor UK has altered the pricing strategy of its electric vehicles to deliver better value and more choice to its customers. This follows changes to the government’s Plug-In Car Grant (PICG) last month. The new pricing means that Kona Electric 64KWh now has the longest electric range 300 miles (483km) of any PICG-eligible vehicle.

Previously electric cars up to £50,000 were eligible for a £3,000 grant, but the changes reduce those figures to £35,000 and £2,500 respectively. Three Hyundai models qualified under the change to the threshold, which would limit customer choice. Now all but one Hyundai electric vehicle qualifies for the grant and prices have been reduced across the range.

Kona Electric 39KWh prices have also been reduced with the SE Connect now costing £30,395 and Premium at £31,745 (before first registration fee applied). The Kona Electric 64KWh, capable of travelling up to 300 miles on a single charge, now costs £34,995 in Premium specification.

The high spec Premium SE is the only model that doesn’t qualify for the government grant costing £37,145 (before first registration fee applied). The SE Connect models are equipped with two 10.2-inch screens, 17-inch alloy wheels and a Krell eight-speaker premium audio system while Premium adds technology like full LED headlights.

This means the Kona Electric 64KWh now leads the charge when it comes to range for electric cars costing under £35,000. It just sneaks ahead of the previous sub £35,000 range leader which was the Kia e-Niro. The e-Niro runs a similar-sized 64kWh battery and offers a range of 282 miles (454km) which has resulted in it being the second-best-selling electric car in the UK so far this year.

Ultimately, this great news for customers and potential adopters who want to drive zero-emissions cars. Many other brands, including Citroën, MG, Nissan, Peugeot and Vauxhall, have also altered prices as a response to the government’s PICG changes.

Ashley Andrew, Hyundai Motor UK managing director, said: “When it comes to electric vehicles, cost is a big consideration so it was important for us, in light of the changes to the PICG, to provide our customers with some additional savings, which we hope will help to maintain demand for zero-emission vehicles.

“IONIQ Electric and Kona Electric are currently among the most popular zero-emissions vehicles on sale today, and by maintaining the choice and the value available, Hyundai will remain on track to be one of the largest suppliers of electric vehicles in the country.”