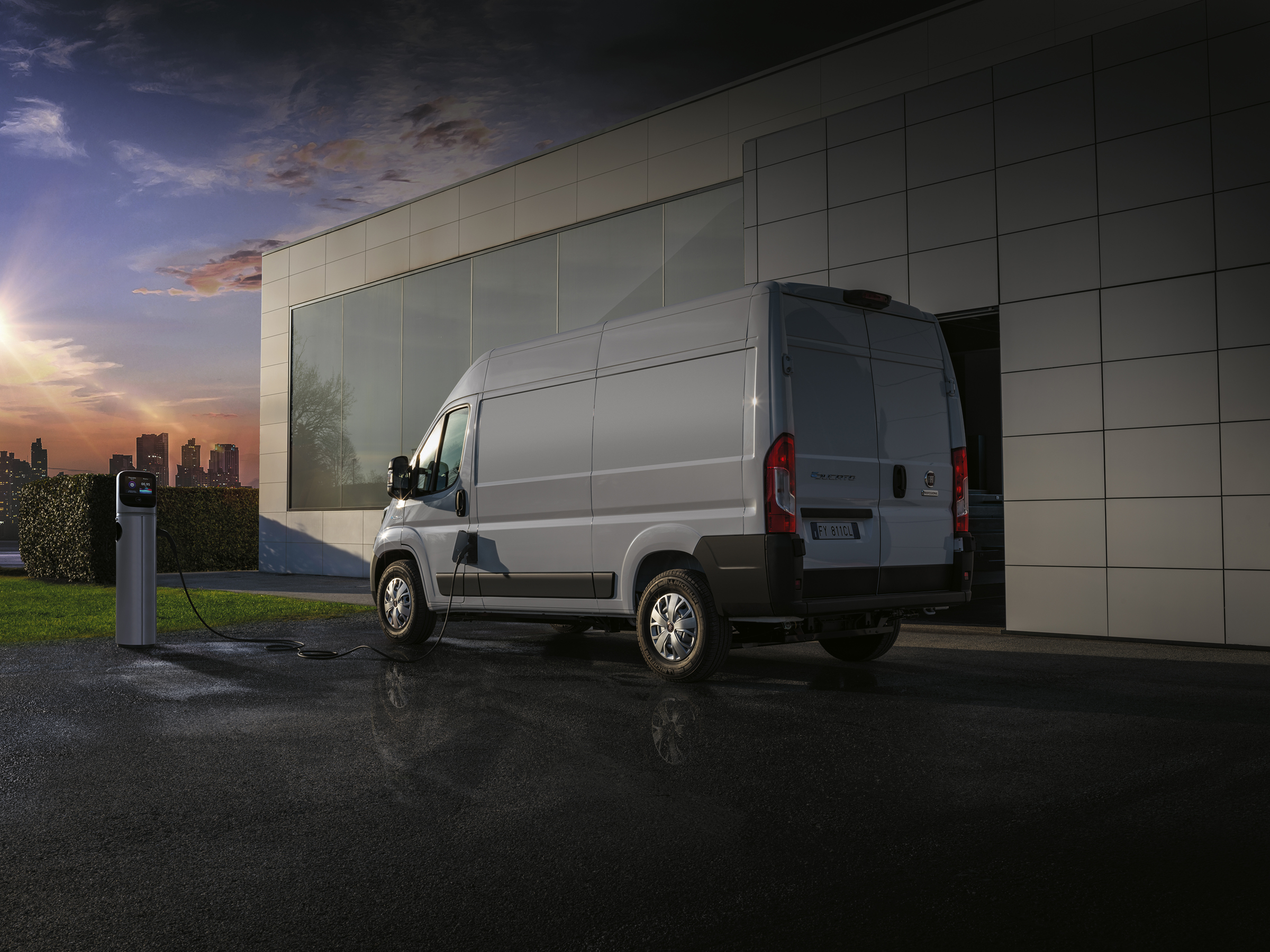 The white van man is going green with more than a third of drivers considering the switch to electric. A survey of 500 van drivers carried out by Fiat Professional revealed 91 percent think it's vital for everyone to be as environmentally friendly as possible. The survey also found that van drivers want to put any myths or stereotypes about their driving to bed with almost two-thirds of van drivers offended by the idea they’re aggressive on the road.

The survey also found many drivers are van proud with 77 percent claiming they take pride and joy in ensuring their vehicle is always clean and tidy. Two-thirds also admitted they are tired of the claim van drivers get by on an unhealthy diet. Instead, one in five are vegan or vegetarian, and high-calorie breakfasts have been ditched with green van man more likely to have a bagel or cereal bar than a fry-up.

The research was carried out by Fiat Professional ahead of the launch its E-Ducato electric van in the UK. The E-Ducato has a range of up to 192 miles (309km) between charges which is almost four times the daily average distance driven by the van drivers surveyed. Fiat will offer the E-Ducato with either a 47kWh or 79kWh battery and have confirmed the UK price will start from £47,675 excluding VAT (after Government Plug-in Van Grant).

The survey also found two-thirds of the van drivers support the government's plans to reduce vehicle emissions on UK roads, while 84 percent also think companies should be looking to have an environmentally friendly fleet of vehicles. Overall, 35 percent of drivers are considering the switch to electric for their next van.

Richard Chamberlain, from Fiat Professional, said: “It’s a bit of a tired myth now that van drivers are tailgaters who take little pride in their vehicle or the environment. Caring about the planet is an important part of everyone’s lives, and while the growth in popularity of electric cars has been well publicised, it seems many van drivers are proud of their office and are also looking to make the switch to zero-emission motoring.

“Electric vans offer a lot of benefits for delivery companies and tradespeople. Not only are they environmentally friendly, but they are also exempt from the congestion charge and Ultra Low Emission Zone and are available with up to a whopping £8,000 government grant.”

These findings come after a poll of 2,000 adults commissioned by Fiat revealed consumers are becoming more interested in the carbon footprint of items delivered to doors across the country. This survey revealed three-quarters of adults want delivery companies to use zero-emission vehicles where they can.

Chamberlain added: “Transportation is changing, and it’s not just the people behind the wheel who want a more environmentally friendly way of getting from A to B. The way we buy goods has radically shifted over the past 12 months as e-commerce becomes a more and more important part of consumer behaviour. More and more people are wanting to know it’s being brought to our home by a company which is being as eco-conscious as possible.”