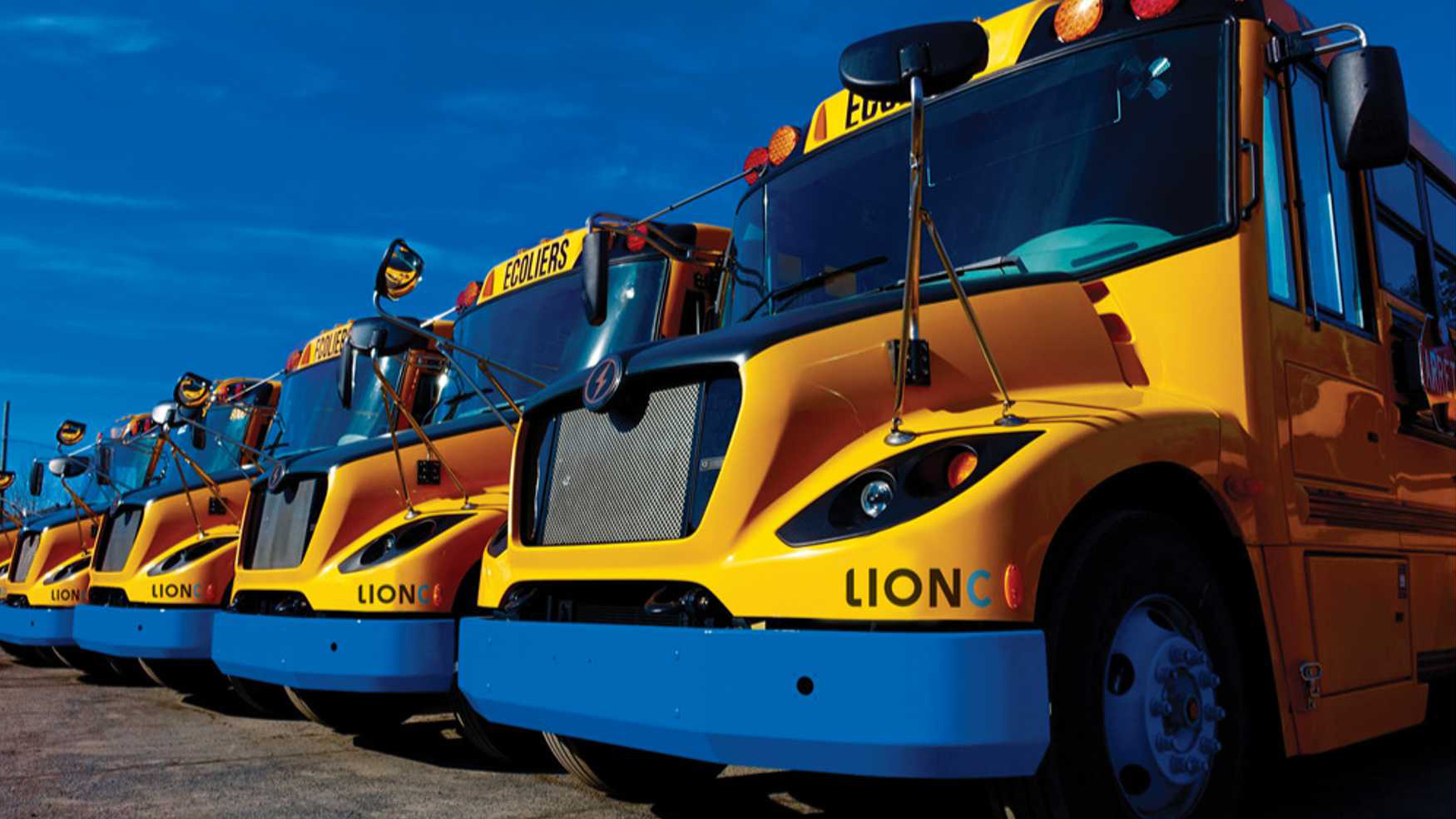 With a changing of the guard in the US, the future of the traditional yellow school bus could be green

Vice President-Elect Harris has also long been proactive when it comes to green issues including putting forward the Clean School Bus Act in 2019 to accelerate the electrification of the nation’s school bus fleet. This is a big deal with currently over 25 million American children and thousands of bus drivers breathing in polluted air daily on traditional diesel yellow school buses. Tests have shown that air inside a school bus can be even worse than the air pollution from ambient traffic.

Breathing this polluted air regularly can also have a negative impact on health and attendance, particularly for vulnerable students with asthma and other respiratory conditions. Switching to electric school buses, with little to no local air pollution, can improve health and educational outcomes. Simultaneously, electrifying school buses helps to combat the climate crisis.

Transportation in the US accounts for the largest share of greenhouse gas emissions. School buses, which makeup roughly 90 percent of the nation’s bus fleet, and are the nation’s largest form of mass transit, covered roughly 3.3 billion miles in 2017.

With zero tailpipe emissions and the potential for zero total emissions, electric buses already produce fewer emissions than diesel buses in every state. The life cycle of electric buses is also cost-effective given the reduced pollution benefits as well as lower operations and maintenance costs.

With 475,000 school buses in operation, the act proposes to offer grants of up to $2 million to replace diesel school buses with electric school buses and invest in charging infrastructure and support workforce development. Priority will be given to applications that serve lower-income students, replace the most polluting buses and leverage the funding to further decrease pollution and emissions.

The act plans to authorise $1 billion over five years at the Department of Energy to fund a Clean School Bus Grant Program to spur increased adoption of this clean technology. The Clean School Bus Act, which is included in The Clean Economy Jobs and Innovation Act, was passed by the US House of Representatives and is currently pending before the US Senate Committee on Energy and Natural Resources.

Proterra, who produces electric vehicle technology and provides battery and drivetrain technologies, has partnered with Daimler’s Thomas Built Buses to design and manufacture zero-emission electric school buses. They have sold more than 1,000 electric buses to 125 communities across 43 US states and Canadian provinces. As one of the leading manufacturers of electric school buses in the US supports the act.

JoAnn Covington, Proterra’s Chief Legal Officer and Head of Government Relations, said: “Electric school buses offer a safe and clean mode of transportation that improves air quality and protects the health of our students and communities. That’s why from Alaska to Virginia, local communities are embracing this emerging technology. As more communities look to adopt electric school buses, the Clean School Bus Act can help accelerate this transition.”

“According to the California Air Resources Board, these older buses produce twice as much pollution and diesel exhaust per mile as semi-trucks, consequently endangering the health, attendance and academic performance of young students at a time when their respiratory systems are developing. There is no reason to be using old school technology that hurts students when, new, cleaner technologies can take them, and all of us, somewhere better.”

The Lion Electric Co. is another innovative manufacturer of zero-emission school buses that are helping children and cities in the US to become cleaner. One such success story of using Lion’s electric school buses has been in Zeeland, Michigan. Using electric buses is not only cleaner, healthier and safer but also works well in cold locations like Zeeland. Hopefully, the future is cleaner for all American children and their environments with the changing of the president and vice president in the US.