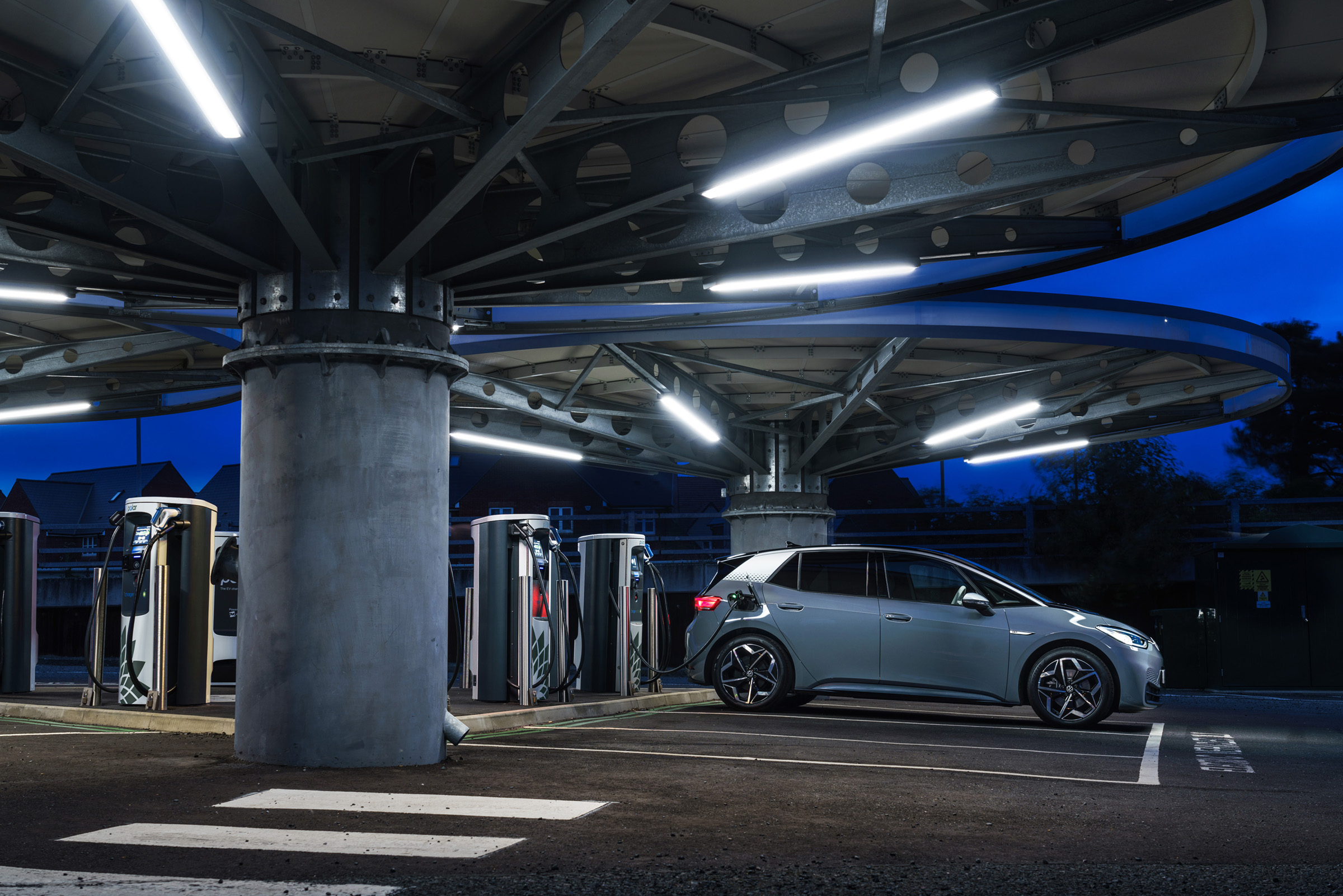 The report reveals new trends in electric vehicle charging behaviour in the UK based on the experience of 2,200 drivers who responded to the survey. One of the new trends is the rise of high-powered charge points. In 2020, 16 percent of electric car drivers used ultra-rapid chargers, up from three percent the year before.

Over the past 12 months there has been an increase in rollout of these charge points. There are now 788 ultra-rapid chargers across the country, up from 476 at the end of 2019. These charge points cut the average charge time compared to a standard 50-kilowatt rapid charger by half.

Most of the latest electric car models such as Volkswagen’s ID range, Jaguar I-Pace, Tesla Model 3, Hyundai Kona and Vauxhall Corsa-e can take advantage of these higher charge speeds. The survey also found that the 50-kilowatt rapid chargers remain the most popular 64 percent of respondents use these devices which can add 100 miles (160km) of range in around 25 mins.

Dr Ben Lane, co-founder and chief technical officer at Zap-Map said: “This new report comes at a crucial time for the electric vehicle market. Competition among car manufacturers and charge point operators is becoming fierce and the industry is growing fast. The insights in this year’s wide-ranging report shows that electric vehicle drivers are adapting to changes in the market.

“One of the clear conclusions is the importance of having a robust and reliable charging network. As the number of electric vehicles continues its upward march, it’s vital that drivers are offered the simplest and smoothest experience possible.”

Another key trend from the report is how drivers are now using the public network. The survey found that while 83 percent of electric car drivers regularly charge at home. Around 90 percent also use the public charging network, with 39 percent using the public network at least once a week. This overall usage has fallen from the 2019 figure of 94 percent, most likely due to the impact of the coronavirus pandemic on driving patterns and car usage.

In addition, over 48 percent of respondents now charge at supermarkets, closely followed by motorway service stations (47 percent) and public car parks (32 percent). In previous years, motorway service stations have been the most popular location types. It is thought that the increase in the number of charge points available at supermarkets, which is now standing at 1631 chargers in 952 locations, combined with the availability of free charging at some of the major chains are driving this shift.

All of this shows that electric car ownership is not only increasing but it’s easier than ever before. With more and more charging facilities found at more convenient locations, such as supermarkets, this makes day-to-day electric car ownership almost effortless. Hopefully, this will help people make the switch to zero-emissions driving sooner.