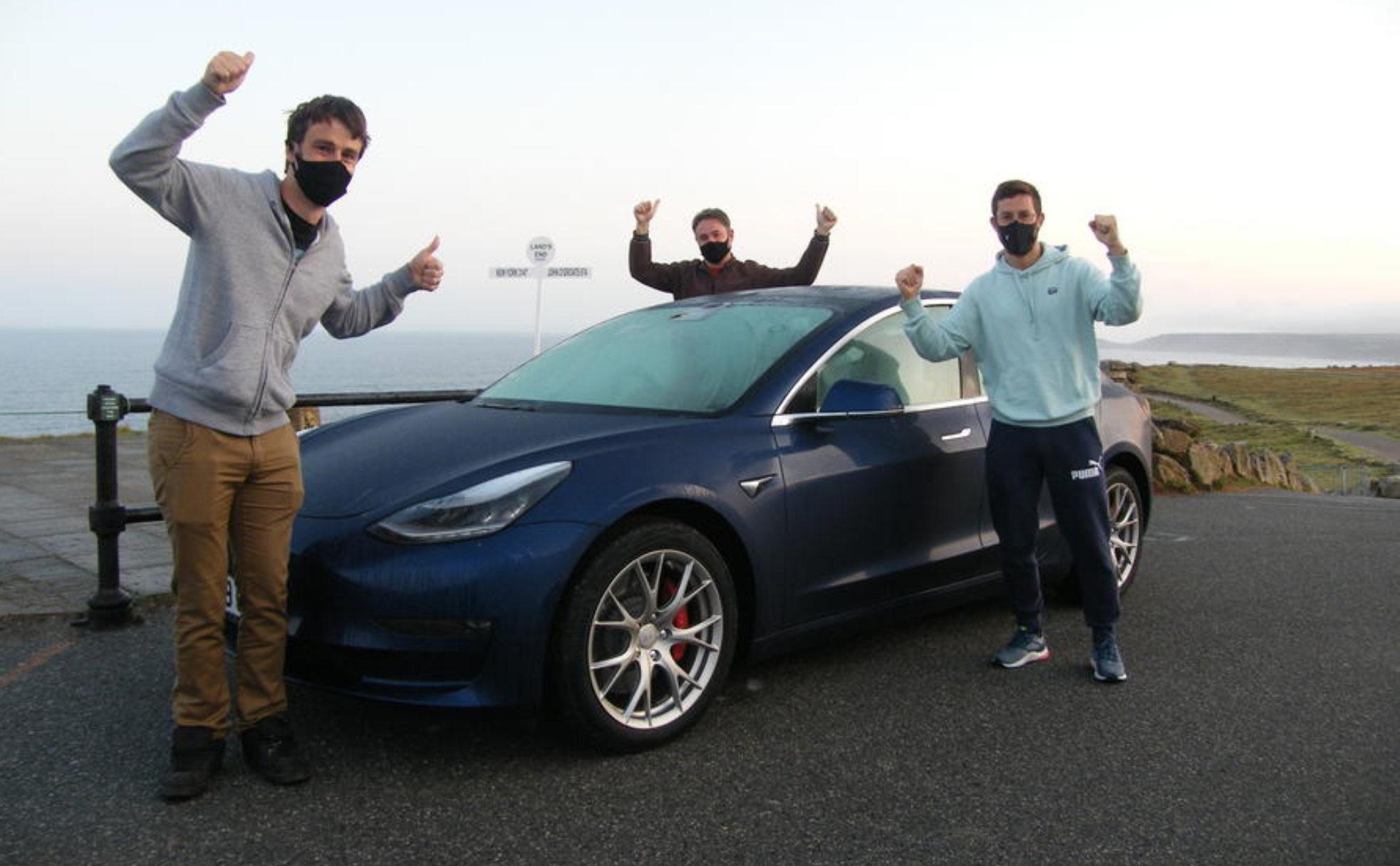 Members of the charity Zero Carbon World have set a new John O'Groats to Lands End electric vehicle record. The group of three completed the trip with just one hour, 32 minutes and 32 seconds of charge time for the entire 855.3 mile (1,376.5km) journey. This smashed the previous record of three hours, 44 minutes and 33 seconds that was set in 2015 by over two hours.

The trio stopped just four times to recharge during their descent of the country. Three of the stops were at Ionity charging sites including Perth, Gretna Green and Cullompton, and the other stop took place at a Tesla Supercharger in Staffordshire.

The team was made up of Dean Fielding, a trustee from Zero Carbon World, chairman and Formula E racing driver Alexander Sims, and electric car and vehicle specialist David Peilow. The three completed the whole trip in a Tesla Model S in just 15 hours and 32 minutes, which also beat the previous record for the fastest time.

To achieve the record the group mostly charged the Tesla Model S to around 50-60 percent, except for one stop where they took it up to 80 percent. They would then drive until there was around five percent of charge left before stopping to recharge. Peilow was responsible for all the calculations and everything was planned ahead of their record breaking trip.

Fielding said: "We're ecstatic to have achieved this incredible time, which is less than half that of the previous record. The attempt was in the planning for just two weeks, when David realised that a high-speed Ionity charger had been installed in Cullompton, Devon. This made it possible to attempt a new record with high-speed charging stations at suitable points along the way.”

Peilow said: "We averaged 6.05 km/kWh, with a charging efficiency of 97 per cent. When considering the grid carbon intensity and losses, we averaged 19.5g CO2/km. The Tesla Model 3 Performance was chosen for the record attempt due to its charging capacity, rate and range. Not all EVs could achieve the charging time we did, but plenty of EV models are capable of comfortably making the epic road trip, simply by charging to 80 per cent rather than our minimal charges.”